Pakistani Cricketer Shoaib Malik made headlines worldwide when he married Indian tennis star Sania Mirza in April 2010. Ten years down the lane, Shoaib has finally opened up about his ‘controversial’ marriage with the Indian tennis star.

In an interview, Shoaib said, the love of the person he is getting married to is important for him and not her country.

“I was never concerned with India-Pakistan politics when it came to marrying Sania,” he said

‘Love matters in marriage, not the country’

“In a marriage, you don’t concern yourself with where your partner is from or what is going on between the countries or in politics. That is not our domain. If you love someone and get married to that person that should be all that matters, regardless of which country you come from.”

Shoaib-Sania wedding was breaking news that lasted many days on the channels from both sides of the border. 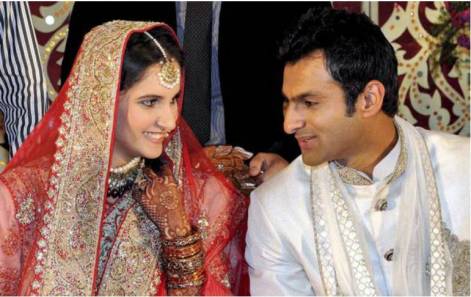 While Pakistan’s graciously welcomed their ‘Indian Bhabhi’, Hindu extremists, on the other hand, weren’t that accepting of the star crossed matrimony.

‘I am a cricketer, not a politician’

Shoaib said that tensions between both countries never affected his personal life.

“I have many friends who are Indian, and I don’t find anything strained because of the relationship between the two countries. I am a cricketer, not a politician,” he said.

Sania and Shoaib made Dubai their choice of residence as it provides them a peaceful neutral place for their humble abode.

Sohaib to meet Sania after 5 months

Due to COVID-19 lockdown, Shoaib has been stuck in Pakistan while Sania along with their son Izhaan Mirza Malik had been in India. Shoaib has now been granted special permission to meet his family before the England series starts. 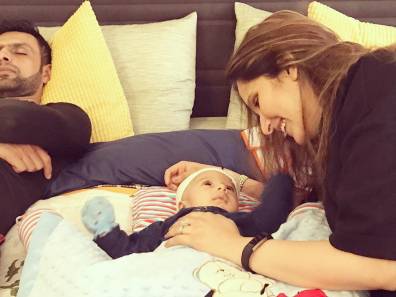 According to PCB, Malik has been stuck in Pakistan while his wife and son have been in India due to the ban on international travel due to the pandemic.

“Unlike the rest of us, Shoaib Malik has not seen his immediate family for nearly five months,” PCB Chief Executive Wasim Khan said in a statement.

Bravo! A Pakistani Student Has Been Teaching His School Guard For Three Years
In Pictures: Unseen Moments Of Esra Bilgic & Engin Altan From The Sets Of Ertugrul
To Top