Shoaib Malik is Set to Celebrate 14th August in Style and Pakistanis are Already Supporting Him! 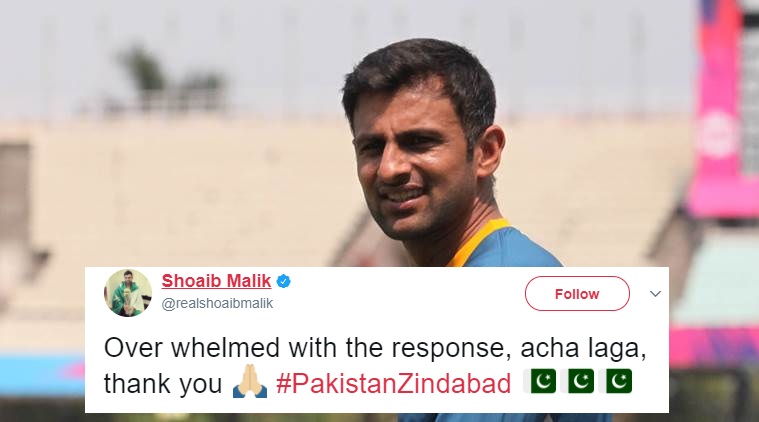 We almost a month away from celebrating Pakistan’s birthday. This year has been a great year for our country in terms of sports. From having the PSL final in our country to winning the Champions Trophy and hosting an event filled with international football legends, hopefully, we are sowing seeds to a better future.

Speaking of cricket, our cricketers gave us the most valuable moments to cherish in this sport. While the entire world thought our Men in Green are incapable, they proved otherwise. Continuing doing us proud, all rounder Shoaib Malik is all set to create another record, this time, using social media!

#PakistanZindabad – a campaign introduced by Malik to celebrate Pakistan’s upcoming birthday. Here’s what the cricketer shared on his website:

Lets do our part in showing the world the side of Pakistan we all love, cherish and share every day. We are Pakistan’s ambassador – to the people around, or on social media, print, or where ever we have influence, how ever far our voices reach. Influence and reach are powers that must be used responsibly.

So here’s an idea; what if  we all tweet once per day on something great about Pakistan, it could be a picture, or a quote, a moment, about history, achievements, records, a fact, anything that we love our country more for – using #PakistanZindabad – for at least 40 days. Why 40? the current record for the longest trend is 39 days smth hours.

Let’s give the best gift we can give to our country on our 70th Independence Day celebrations this year – our Duas for Her as the longest trend ever, in history.

#PakistanZindabad is a movement to share the Pakistan we love with the world. Starting: 2017, August 14th at 19:47.

1 month till Independence Day celebs! Who is planning what?

Q: what's the record for the longest trend on @Twitter? pic.twitter.com/JiwDPG4iSK

Pakistanis from different walks of life are now tweeting with the #PakistanZindabad hashtag to be a part of this record and trend.

I'm supporting @realshoaibmalik in #PakistanZindabad movement! Let's go hand in hand and become a part of this team!

And Then People Started Sharing all the Great Moments which Makes Pakistanis Proud!

Gwadar Port in Balochistan is the largest deep sea port in the world. #PakistanZindabad pic.twitter.com/AJ0nJSoSAF

Reflecting on these Tweets, It Sure Makes Pakistanis Optimistic!

Our national sport is Hockey; v have most # of gold medals, a record 8 tournament wins, highest win margin 7-1 #AsianGames#PakistanZindabad pic.twitter.com/4UDcbIsJ7m

Don’t forget to add something valuable to this trend. Let’s make a record on this year’s independence day. Tweet with #PakistanZindabad!

This Version of Rashke Qamar Is Nothing Like You Have Ever Listened Before!
Cricketer Irfan Pathan’s Wife was Bashed by Keyboard Warriors because of their Picture!
To Top