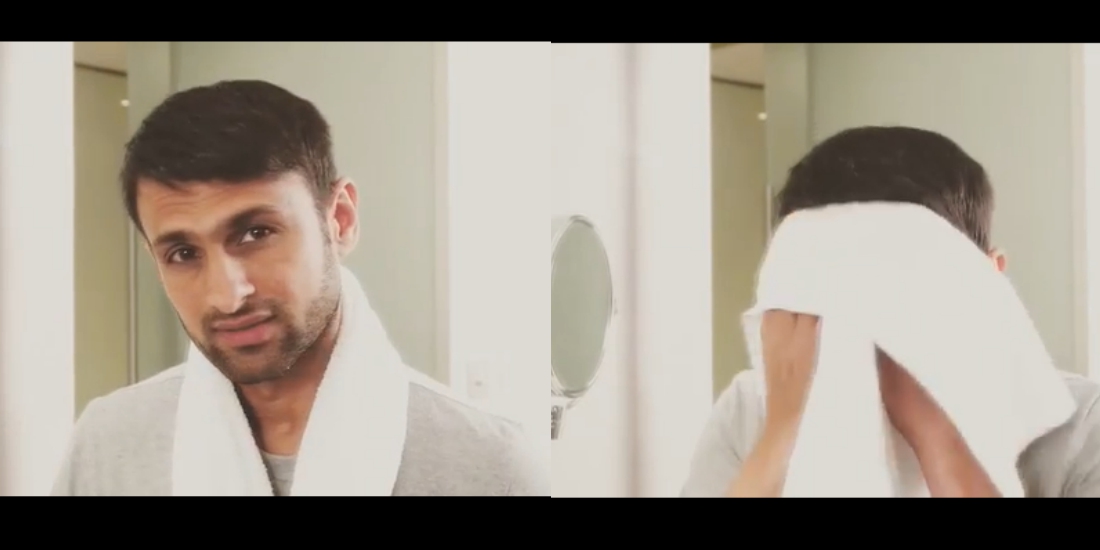 Shoaib Malik – a veteran in the world of international cricket.

Sania Mirza – a legend in the world of Tennis.

When they got married to each other, people were doubtful. Shoaib Malik is from Pakistan and Sania Mirza is from India. There would be hate and controversy from extremists present in both countries.

However, they both persisted and shut down every hater there was. As a result, their marriage has flourished and they both are a power couple for Indians and Pakistanis alike.

This was clear in Shoaib Malik’s latest Instagram post. He did what only truly loyal husbands do for their wives- he shaved his beard!

‪Begum jo bole woh right! This look is for you @mirzasaniar and a surprise at the end for the little one. #summerlook #breakthebeard #asiacup ‬

Wow! He looks so different now! The new beard style really suits him.

The caption of the post reads: ‪Begum jo bole woh right! This look is for you @mirzasaniar and a surprise at the end for the little one.

What a great sentiment. I love it when couples do small romantic things for each other. It’s literally the cutest thing in the world!

Shoaib Malik shared the post with the hashtag #breakthebeard. This is a popular trend on Instagram where cricketers shave or trim their beard, usually for someone or something they believe in.

Even Malinga got in on the action! His new beard makes him look so tidy. All he needs now is to follow the #breakthehair challenge so that he gets a complete makeover!

Mohammed Amir didn’t fall behind, either. His new goatee and that fade looks so good. He’s gonna dazzle the crowd with both his looks and his skill!

All Pakistani cricketers should get a makeover at this point. If they win against India in the next series, they’ll need to be ready for all the partying which is gonna follow after! Best of luck, boys. Make Pakistan proud!