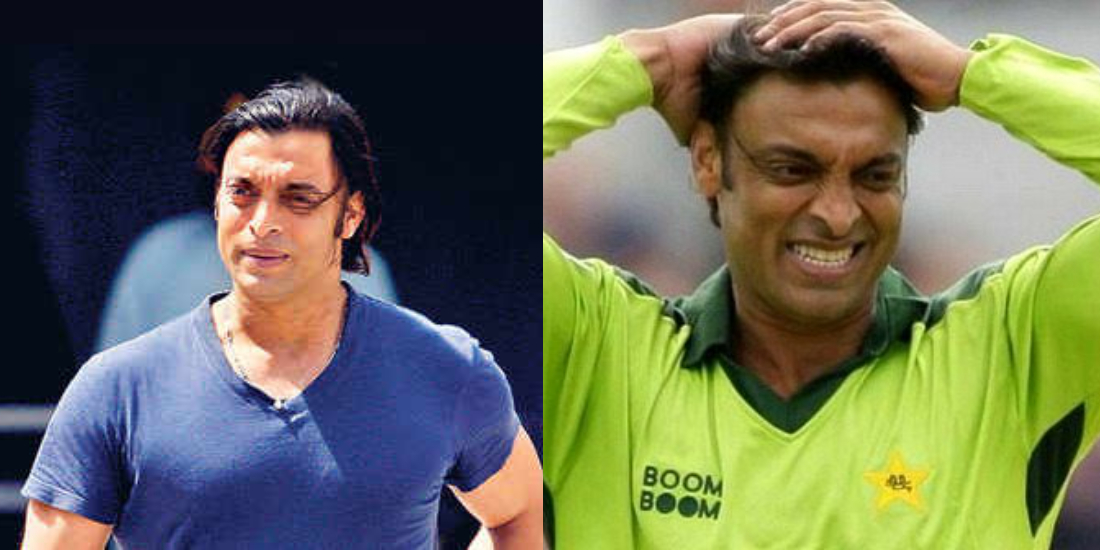 Last weekend was the longest weekend Pakistan witnessed in a long while, while Ashura was being observed on Thursday and Friday and then came the weekend. So, after which people got free from the Moharam rituals and now they were all ready to watch the expected heated match on Sunday. The match was for Asia Cup and the teams were India and Pakistan; this is that one kind of match that the one who has no idea about cricket would still watch it, just for the sake of hype! Well, so a whole lot of Pakistanis and a whole lot of Indians sat patiently and enthusiastically for the match to start. Within one to two hours of starting the match, Pakistan miserably failed to get into phase. And we all saw it coming; we lost hope that Pakistani team would make it up today!

After the match somehow Indian media channel got Shoaib Akhtar on board and interviewed him! During the interview something happened that did please many people; that includes Indians and Pakistans as well!

A perfect shut up call by Shoaib Akhtar to an arrogant & non professional TV anchor of India’s ABP news. This lady needs to learn some basic journalism ethics.
Indian media has this habit of ridiculing Pak Cricketers, they did this before Champions Trophy too, and doing it again pic.twitter.com/KZJcr3f51a

The lady journalist seemed quite enthusiastic about the victory of Indian team but the mocking Pakistani team in front of Shoaib Akhtar was not a very good idea for her! Shoaib gave her some “lessons’ verbally and told her to ask her questions that are of his profession. Also, he said that he’s not just any “Haryana cricketer” who she is interviewing. Well well well!

Indeed! Not everyone behaves this way, but disrespecting and mocking is never appropriate

Completely agree with you Faizan. This was ridiculous. But let me assure she is an outlier. Most of us know how to be polite and talk.

Oh, indeed! we have such people on either side

We have these types of non professional puppents on both sides.

Same Reporter who troubled Anushka before WC15 1st match against Pakistan .
She asked Anushka that did she wish virat for the match?
Anushka replied It's not your business . She was promoting her movie.
Very cheap Reporter .
Really @abpnewstv shame on you.

The answer only lies in the interview! Shoaib’s part was much professional and sane

Highly unprofessional on her part. I don’t know why TV anchors are hell bent on making a spectacle out of nothing.

She seemed to be super hyped about the victory! But what about when you are talking to a senior cricketer about it? Maybe leave personal biases home?

She is acting more like an enthusiastic fan than a responsible journalist ??‍♂️..I think @shoaib100mph rightly gave her his piece of mind…ppl need to learn that this is just a game and one will win some and then also lose some..sometimes badly too!

It’s good to see Indian and Pakistani journalists to be on the same grounds as to how interview some professional, regarding his work or his country’s team. The interview was meant to ask Shoaib about the future predictions and strategy which Pakistani cricket team would go by in next match; which Shoaib would answer using his experience. But seems to have taken some other turn!