Certain rivalries and scuffles go a long way in sports. Regardless whether they are long-term or only last till the game ended, it never ceases to entertain the sports fans. Talking about cricket, some of the most exciting scuffles have been Wahab Riaz versus Shane Watson, Imran Khan versus Kapil Dev, Steve Waugh versus Curtly Ambrose and Yuvraj Singh versus Andrew Flintoff. 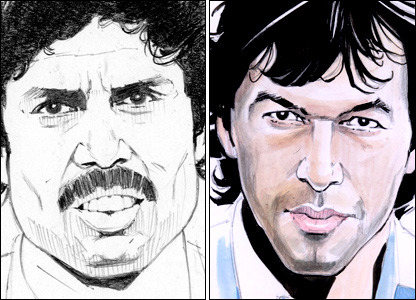 When you are talking about aggressive players, you must never forget our very own Shoaib Akhtar. Yes, the Rawal Pindi Express was formidable on the pitch not only with his emphatic bowling but with his attitude as well. He was one of the few bowlers who knew how to get in the minds of opposition players. He intimidated, bullied and it was all worthwhile because it yielded amazing results for the bowler and the team.

Just recently, Shoaib Akhtar reflected on the malice and animose rivalry with Australian cricketer Mathew Hayden. It was one of the best showdowns we ever witnessed in the history of cricket and during that era, we eagerly anticipated both the star players to go one-on-one.

But now we are best of friends now & I think he's 1 of the most generous & kind human being I ever met is Matthew Hayden.

A walk down the memory lane… I never actually witnessed anything live but I surely watched videos and heard a lot about the intense rivalry between Hayden and Akhtar. What an era it was! Two legends at the peak of their careers doing everything they can to bring each other down. It was a rivalry only limited to the game and I am sure they were cool off the field. It was one of the golden times and now it is making me want to find more videos of their enthralling rivalry.

Indeed, Mathew Hayden was one of the best batsmen and the only man to surge a stress in his nervous and agonize him was Shoaib Akhtar.

Today Marks the 62nd Birthday of Asif Ali Zardari and the Way Pakistanis Wished him is Amazing!
These 7 Things Make Women Just As Tharki, As Men Are Claimed To Be!
To Top