Shoaib Akhtar is the first Pakistani ever to get the fastest one million subscribers on YouTube in a period of four weeks. On his YouTube channel, the legendary pacer shares his expert opinion and also interacts with fans while traveling across the world.

Undoubtedly, Shoaib achieved this feat not only due to his massive fan following but also due to quality content. 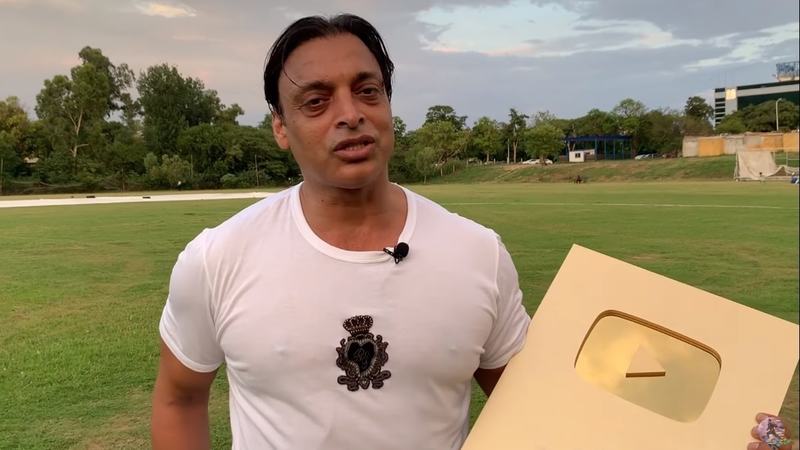 Shoaib Akhtar has been providing his insights for the fifth season of PSL on social platforms. In a recent vlog, the ‘Rawalpindi Express’ congratulated Karachi Kings on their recent win over Peshawar Zalmi. However, he also shed some light on the rumors of shifting PSL matches from Karachi to other cities of Punjab.

According to Pakistani fast bowler Shoaib Akhtar, rumors are spreading that Pakistan Cricket Board (PCB) is considering multiple options for continuation of the Pakistan Super League (PSL) 2020 without any interruption after the fear of Coronavirus had gripped the country.

Akhtar said that there is an option for shifting matches of PSL’s fifth edition to Punjab from Karachi. The reason for shifting the matches from Karachi to other cities is because of the confirmed reports of two cases of Coronavirus that have surfaced in late February.

In this regard, PCB is also in contact with the government of Sindh. However, they assured PCB that all necessary steps for preventing Coronavirus have been taken. Till now, as many as four cases have been confirmed by the federal government across the country.

It was in the city of Wuhan that the Coronavirus had first erupted. In this outbreak, the death toll has now reached almost 3,000 globally with the majority in the epicenter of the disease, China.

Shoaib Akhtar praised Karachi Kings for their win over Peshawar Zalmi. Mohammad Amir (4-25) and Babar Azam (70 not out) made the most important contribution in strengthening Karachi Kings’ position on the Pakistan Super League (PSL) 2020 points table. Their performance had allowed Karachi to secure their second consecutive win against Peshawar Zalmi by six wickets at the Rawalpindi Stadium on Monday.

Two wickets by Amir’s in the very first over of the match was pivotal in restricting the total of Peshawar Zalmi to 151 for 8. Peshawar’s total was never a threat for Karachi Kings mainly due to the performance of Babar Azam. Eventually, the young T20 captain was named Man of the Match for his unbeaten knock that carried Karachi Kings to victory.

Careem Will Tell You The ‘Exact Fare’ Before You Press “Chalo”!
Following Coronavirus, Investors Withdraw $263m From Debt Securities!
To Top