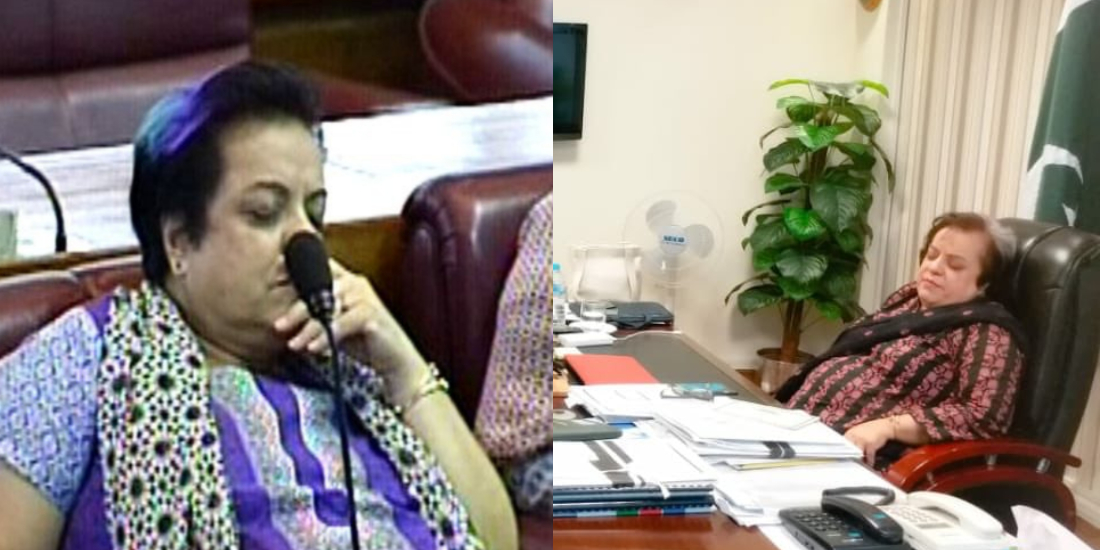 After our new government people are being super hard on the new government since it’s their first time and they promised a “Naya Pakistan”. Once a Philippine PM said that people of third world country are very easily driven by the catchy slogans. So it happened till now in Pakistan; “Roti, Kapra, Makaan” from PPP and now “Naya Pakistan” from PTI. But have these slogans ever got fulfilled by the ones who claimed it?

Well, can’t say much about that but PTI is now having a hard time, people are expecting from them to have some magical powers to correct everything. But this doesn’t seem the case now.

Shireen Mazari from PTI was appointed as the Human Rights Minister. Recently, her photo from her office started circulating over the internet where she’s asleep. Or maybe, she’s just relaxing for a second, but oh well, you never know.

Telling people this pic is all over internet but then enjoying laughing at it shows your malicious intent. Reveals your inner low life self. Everyone is entitled rest when tired.

Actually she is using fundamental human right of sleep…?

Pakistan’s Minister for Human Rights asleep on the job. https://t.co/310yfAb2uB

Across the border , in Kerala. ? pic.twitter.com/ABBlnh3eMq

Amazing it is. no?

She said no human rights violation in Pakistan and dozed off?

We have often seen the severe trolling of politicians over the TV and the internet. Asking them for the credibility of their work is something else but trolling them for their attire and how they look or talk is pathetically absurd. How is the nation going to grow with this mindset?