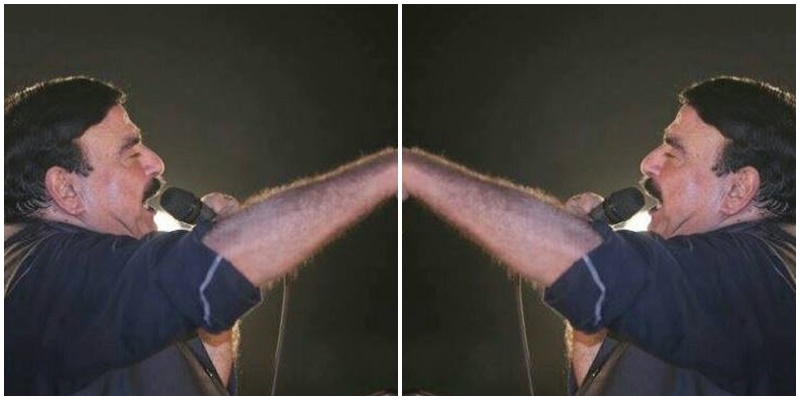 Last Friday night, Pakistanis had their eyes fixed upon television screens to watch, what seemed to be, the biggest political gathering in Lahore or even perhaps in the entire Pakistan.

Pakistan Tehreek-e-Insaaf organized yet another massive rally and gathered at Raiwind to protest against alleged corruption of Prime Minister and his cabinet. 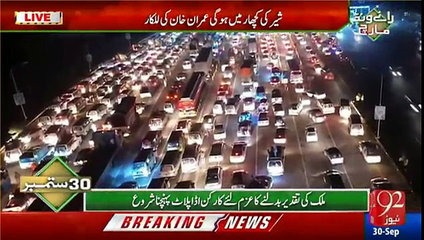 Before the rally could get any attention, something caught the Internet’s eye and it is was none other than Sheikh Rasheed Sahab, Imran Khan’s ultimate side-kick.

Sheikh Rasheed was caught in an unusual pose, seemingly, rejoicing to the rhythm of the songs being played at the gathering. However, in reality, he was delivering his speech and the cameraman happened to catch his hand movements in just the right pose. But none of it matters when this age of internet catches you off guard.

Let’s look at some of the savage memes that people have made in less than 24 hours:

DJ Wale Babu Has Been Replaced 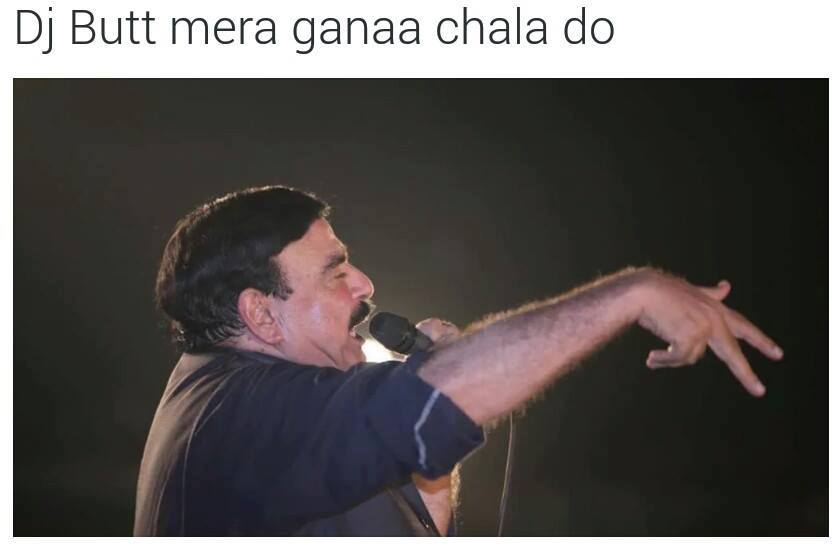 Sheikh Sahab Nobody Could Convince you then, Nobody is Doing it Now Either: 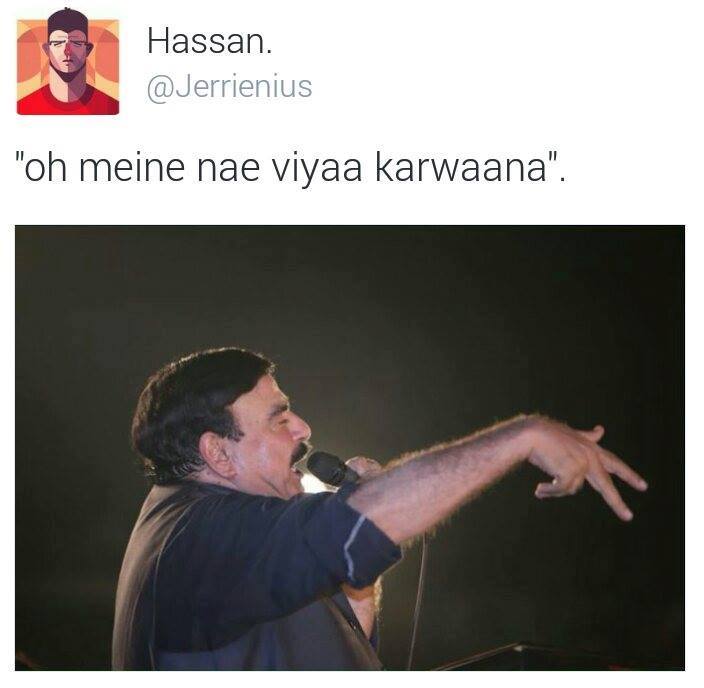 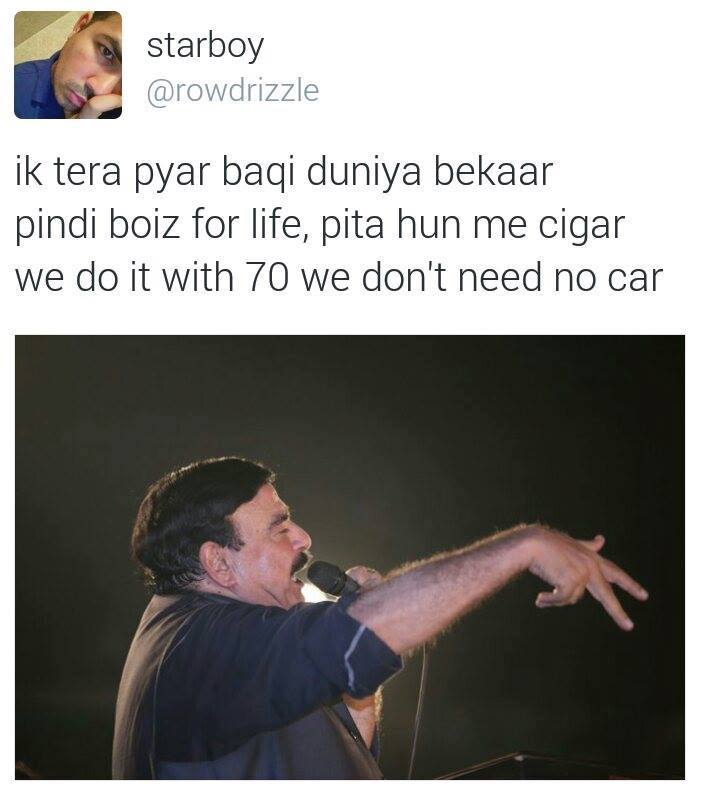 It is amazing how people on the internet take no time at all to come up with their creativeness and it start a trend that most, if not everyone, are bound to follow. 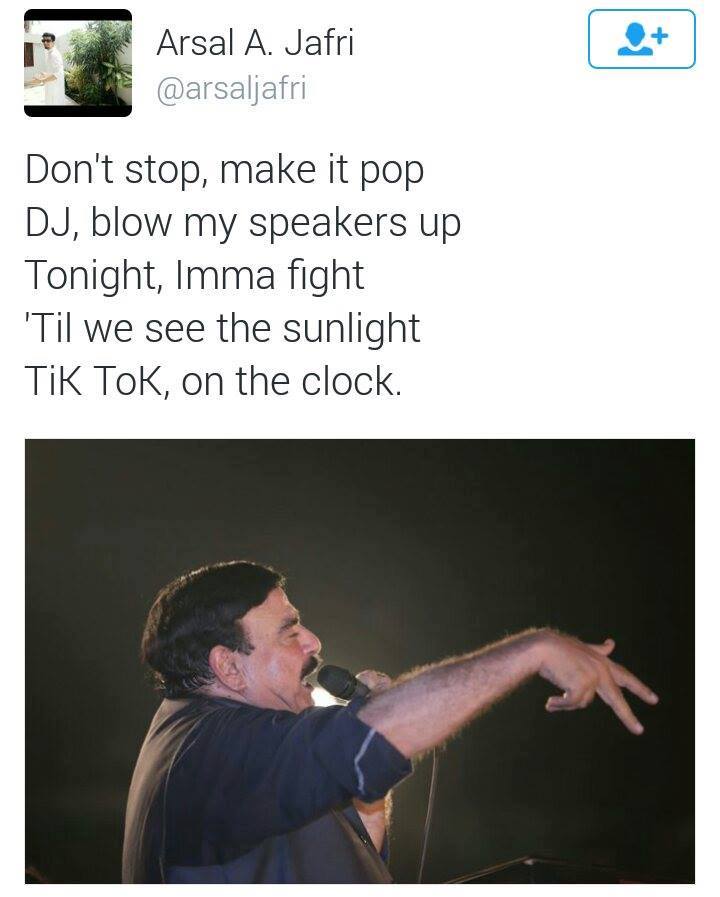 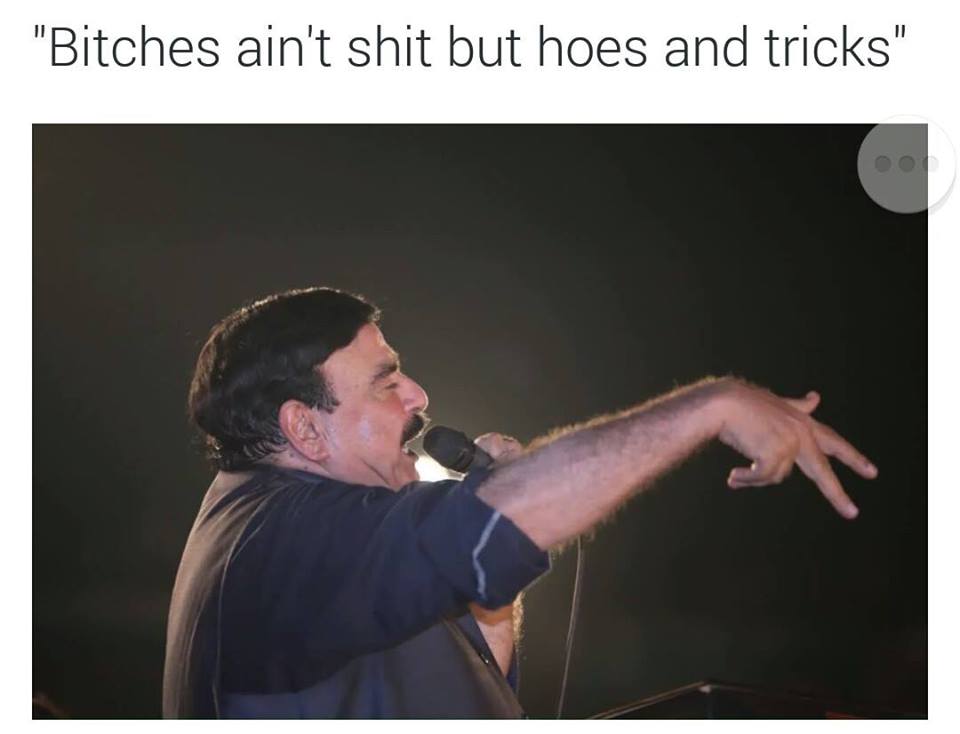 Moving on, even Twitter was not merciful as a lot of tweets surfaced there as well.

Confused… if he is sheikh rasheed? Or Bohemia? pic.twitter.com/XjY38BF1pm

This person below made a hilarious gif of his arm and we could not keep our laugh to ourselves after watching it:

The realm of internet hardly spares anyone, may it be anything related to the premiere leadership of Pakistan, or even United States. If you are caught in the lens of a photographer posing a bad or “candid” pose, you will be roasted for at least a week or so.

Top 10 Tourist Spots In Sindh That Are Absolutely Beautiful
20 Pakistani Girls Spread Love and Peace in India, But Was This A Good Decision?
To Top