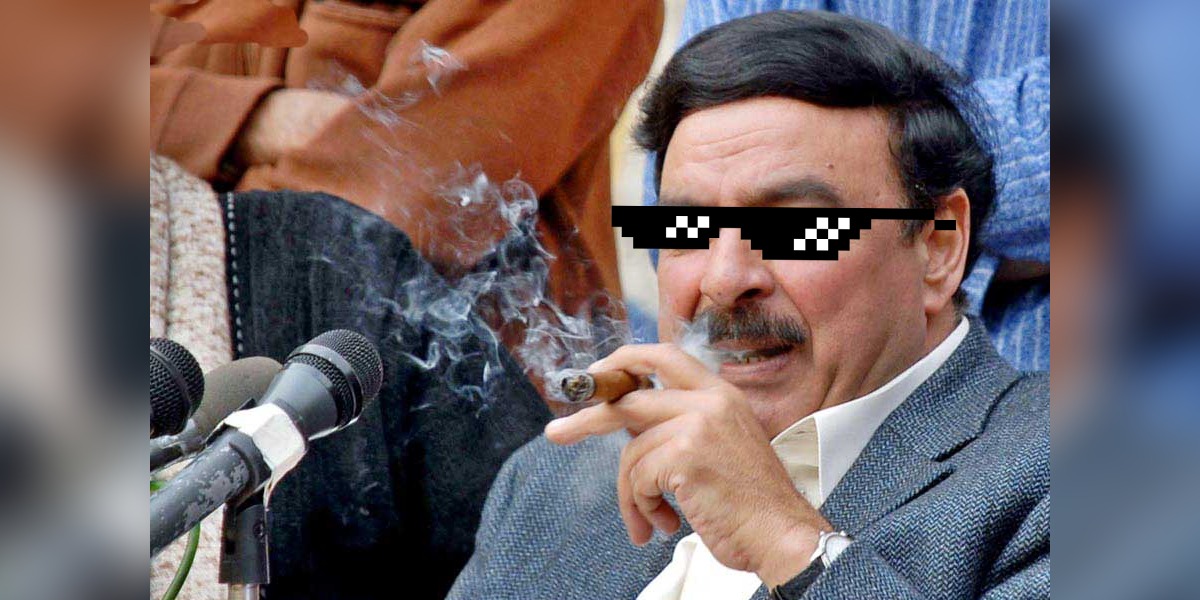 If people think that the American politics is the most entertaining piece on television right now, they are mistaken. From the past 24 hours, Pakistani politics has taken a weirdly interesting turn and we just cannot get enough of it. The cat and mouse chase between PMLN and PTI continues, with Rawalpindi witnessing another action-pack event today.

Following the announcement of Sheikh Rasheed’s jalsa that was to begin from his residence “Laal Haveli”, the government started feeling some major insecurities.

They released orders to prevent jalsa and the march and added barricades around Sheikh Sahaab’s residence. Conclusively, the order was to keep him under a house arrest. Sheikh sahab, the king of swag couldn’t be stopped from the so-called house arrest.  He somehow managed to escape the police surrounding his house and not get arrested for a long time.

To ensure that nothing works out, the government also released orders for his arrest. This led to a pretty interesting goose-chase with Sheikh sahaab on a trolling spree.

When you tell your friends you’re busy but your Facebook check-ins tell a different story.

“If you arrest me, I will arrest your life!”

We Are Witnessing Narcos Pindi LIVE

And To Make A Grand Entrance

And He Might Have Just Broke Some Records Today!

THAT IS HOW SHEIKHO JEE ROLLS

No matter what happens, Sheikh rasheed sprinting across #CommitteeChowk will be the highlight of this entire event for me pic.twitter.com/7RP2bhCRJz

Sheikh Sahab Driving Through The Streets, With No Fear Whatsoever