Gender discrimination is one of the most prevalent issues that Pakistan’s patriarchal society goes through every day. Many working women feel distressed over the aspect of how their male co-workers are given a higher raise, better facilities and benefits and so many more options to rely on than they are. A similar story of discrimination forges the reality of this inspiring woman who is the first female DIG of Pakistan, Sheiba Shah.

Shah belongs to the small and historic town of Shikarpur in Sindh. She got promoted to the rank of Deputy Inspector of Prison of Women and Children. Throughout her career, she feels that gender discrimination always weighed her hopes down.

Speaking to Independent Urdu she adds, “During my twenty years of service, I have faced discrimination many times. In this patriarchal society, when a female officer comes, they (men) have a lot of problems. My subordinates had a problem giving protocol or saluting to a female officer.” 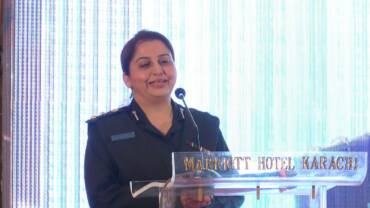 Shah is also the first female DIG to be appointed all over Pakistan. Although it is something to be proud of, the patriarchal norms made her feel left out. According to her, she was not treated the same way all-male DIGs were.

In fact, at some moments it felt like she was asking her subordinates to give her the same required protocol needed.

Not only was it upsetting, but also very frustrating. DIG Shah shares her discomfort by saying, “Sometimes there was great frustration. I used to ask them that if you give protocol to male officers then why don’t you give it to women who are in the same rank as your officers?”

Moreover, Shah adds that during her initial years, she decided to leave the department after facing continuous discrimination from her colleagues, however, it was her family’s uplifting support that made her the strong, resilient person that she is today.

She thanks her father the most who was very encouraging, supportive, and gave her guidance throughout her dilemma. It surely gives us hope to see how fathers are supporting their daughters, provided the patriarchal society we live in today.

She mentions that he was the one, who taught her to be headstrong, have faith, and never give up on her dreams.

“My family, especially my father, explained a lot. He used to say that no department is bad and you should work here as a social worker instead of being a policewoman”. 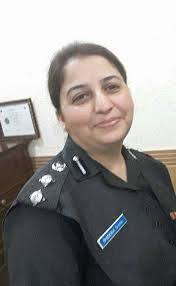 Later on, she adds that she makes sure to set a similar example for her subordinates to learn from also.

“I have always told my subordinates whether an officer is a man or a woman, we salute their position,” says Shah.

Women in Pakistan are never seen operating or working on such strong roles, so it is truly inspiring to see women like Shah and Shazia Parveen, who the first female fighter of Pakistan working so diligently.

In the end, Sheiba Shah, the DIG, is thankful to Allah, that things are much better now, and she is finally capable of bringing a change in Pakistan by standing out strong and happy. She fought her battles and she made it through! And we couldn’t be more proud of her! We hope that she keeps standing strong and proud.