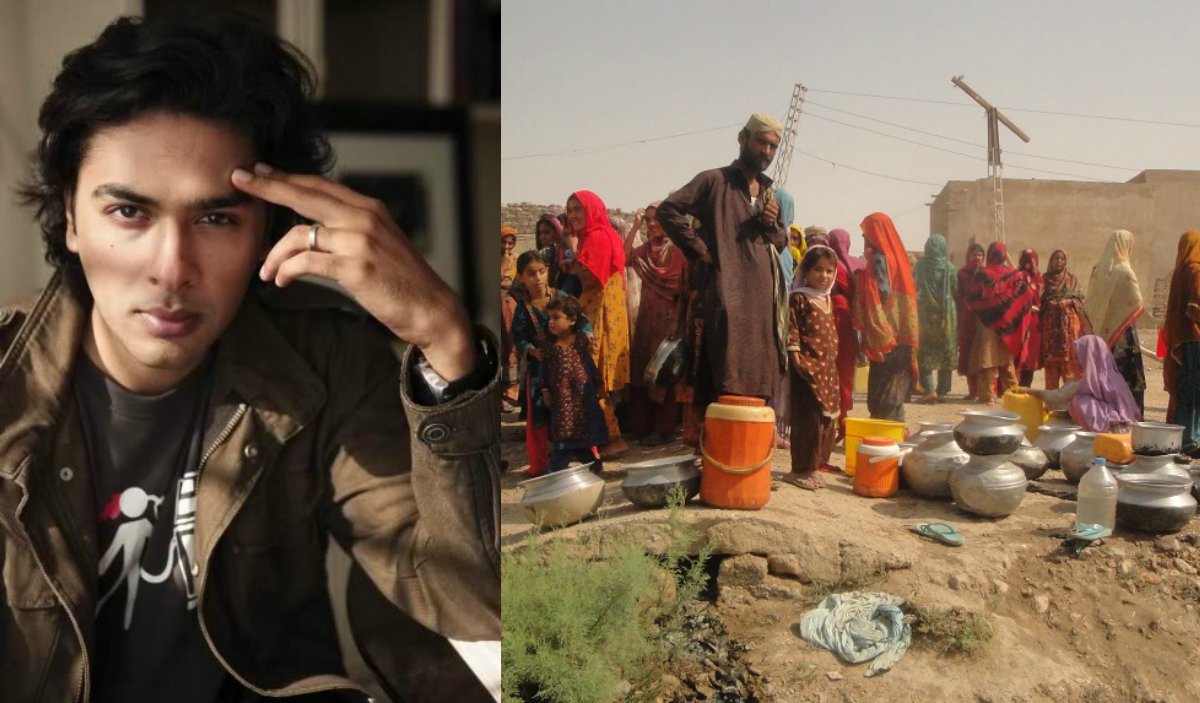 The water contamination in Pakistan has been a matter of concern for a very long time. Taking up numerous, innocent lives, and it seems like no strict action has been taken on such an important issue. Just recently, a report revealed that 90% of Karachi’s water is contaminated due to the presence of bacteria. The water samples after the laboratory analysis from different sources were submitted to the judicial commission headed by Justice Muhammad Iqbal Kalhoro.

Since it has been quite a while now and no one has taken the responsibility of resolving the matter, famous Pakistani singer, Shehzad Roy, who is also known for his social work and his nonprofit organization – Zindagi Trust, has. He has been actively participating in the different causes to help people who are deprived of basic necessities. Similarly, after the water contamination issue was raised once again, Shehzad brought this issue to his Twitter account. He asked for everyone’s support so he could take the Government to court due to this issue.

Here’s what he had tweeted:

How many of you will support me if I take Government to Court on contaminated water issue in karachi https://t.co/GDauhXxlgi

To his surprise, Shehzad got a really positive response, even from the big names in the industry!

Go for it Shahzad ,I will support u

Such support is what he really needs…

The famous model and host, Nadia Hussain was also a part of this

And also, rest of the awaam…

Surely, the power of social media could be seen here!

raises hand – count me in!

When the awaam is tired of corruption

With you in any step against corruption or for the betterment of this country!

The response was legit!

Please do ! I'm sure majority including me will support this initiative

We wish you the best for such a great initiative!

While Pakistanis are Confused What’s Happening, Sheikh Rasheed’s Swag Game is On Point!
Jemima Khan Left Everything Behind to Embrace Islam But She Faced Severe Criticism – Here’s Why
To Top