17-year-old Kashif is serving as a stunning example for the youth of Pakistan by becoming the youngest Pakistani mountaineer to climb an 8000m mountain!

Kashif’s Story Is Enough To Inspire Anyone:

Apparently, he climbed the Broad Peak, which is about 8047m and considered as the fourth highest in the country. His father has mentioned that Kashif might be climbing the Mount Everest next year to claim the title of the youngest mountaineer in Pakistan to summit the highest mountain gracing Earth.

This is not a simple achievement because it proves to be a generous reminder for Pakistani youth to pursue their dreams as well. These aren’t frequent cases where a 17-year old would wish to climb the highest mountain in the world. Moreover, such motivation is necessary to keep young people aspired. Whether he would be able to achieve his goal or not isn’t the concern. At least, he pushed himself towards his ambitions. Often Pakistani youngsters make this mistake, where they give up on their objectives that seem impossible to achieve. However, many times the journey of striving for those goals is worth the entire process! 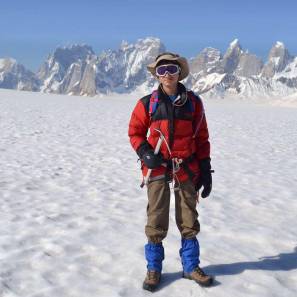 This is something that an interview with Kashif’s father Abbas can prove. He gave various details about Kashif’s starting point for mountain climbing. He said that Kashif started at the age of 12 as he climbed a 3000m peak. Then, as he grew, he collectively increased his pace to climb better heights to now achieve his current title. Kashif’s love for mountain climbing started when he witnessed trekkers on their way to climb a peak, during a trip with his father.

Abbas admits that mountain climbing is dangerous and scary. Considering the various cases of mountaineers going missing whilst climbing, the thought of a family member suffering through the same, is alarming. However, he hopes the best for his son and prays that Kashif can achieve other significant titles through this hobby.

Adding onto Pakistan’s success with young mountaineers, a 10-year-old girl Selena Khawaja became the youngest mountaineer to summit a 7000m Spantik Peak! She is the youngest ever in the world to achieve this feat. Many celebrities also congratulated the child over her success. Moreover, it appears that these achievements might initiate a new wave of mountain climbing lovers in Pakistan. Hence, these children slowly changing past perspectives. 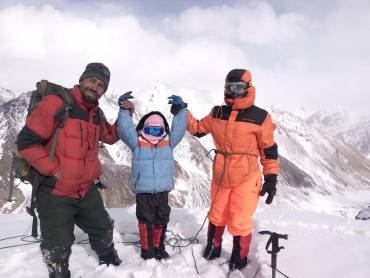 This can be impressive progress for Pakistan because the country tends to focus on one particular sport only and that is cricket. Additionally, this could be felt especially after the Pakistani snooker team win. Recently, the team had won against India yet there was not a single person by the airport to welcome them. If Pakistan can divert towards other sports then Pakistani athletes striving in sports other than cricket, would get the opportunity for praise and success.

Nevertheless, Kashif’s achievement will serve as a revelation for the country while benefiting the Pakistani youth in a positive way.

What do you think of the situation? Did you know about the young mountaineer’s achievement? Do you believe that the way Pakistan perceives mountain climbing might change soon? Share your thoughts.

Prime Minister Imran Khan Promises to Put the Corruption Money to Good Uses In his ‘Ehsaas’ Program!
Mehr Tarar Just Nailed An Indian Army Major On Twitter Who Tried Bashing Pakistanis And It’s A Clean Knock Out!
To Top