Day 5 and Pakistanis are still debating on how the word ‘harassment’ chosen by Emmy-Oscar winner Sharmeen Obaid made absolutely no sense.

Quick Recap: A Couple of Days Ago, Sharmeen Obaid Shared an Incident that Happened with her Sister

Sharmeen shared the incident of the doctor who treated her sister in Agha Khan University Hospital. The doctor sent a friend’s request to Sharmeen’s sister.

Everybody Agreed on One Thing: It was Unethical

What Many Didn’t Agree on was Calling it ‘Harassment’

This sparked a debate on social media where people shared their rights and wrongs on the entire situation. Public figures and celebs also shared their opinion on this.

Then Came the News that the Doctor has now Been Fired

Shared by public figure Ali Moeen Nawazish, the screenshot stated that the doctor has a family and he is now jobless due to the hype created. 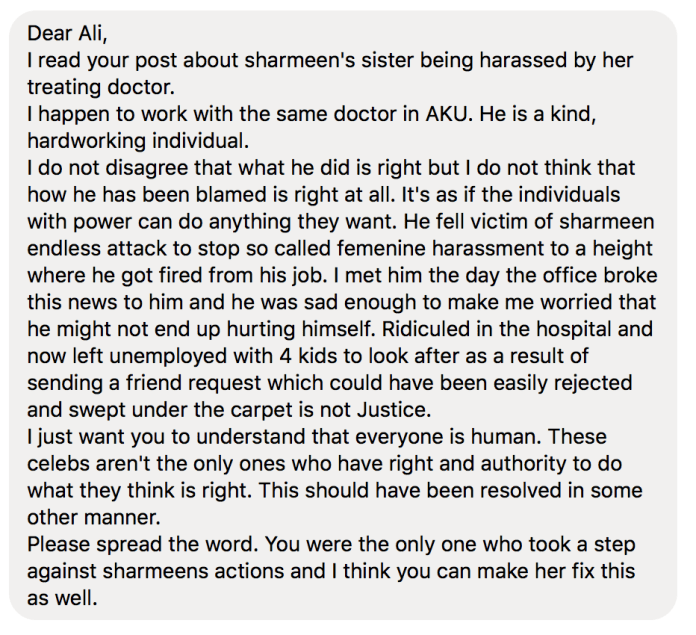 As this news broke, the international Pakistani social media broke down into a debate, aggravating the entire fiasco.

Chachi botox @sharmeenochinoy u misused celeb power, that DR. Losing his job is Harrasment, I will make sure he gets a better job.

Even before fame, had lots of women who added me on FB cuz they randomly met me, didnt go arnd pursuing "harassment" charges against them. 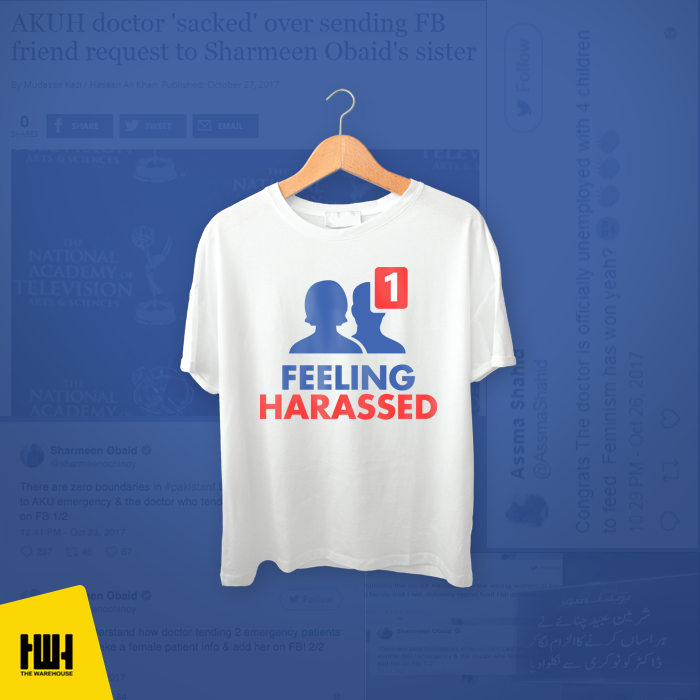 A lot of people are claiming that the screenshot posted by Ali Moeen wasn’t authentic and one needs to verify it before passing the judgments. On the other hand, people are collectively slamming Sharmeen Obaid for the use of the word ‘harassment’.

While there is a clear difference in opinion on the usage of this word, the bigger, which is a doctor sending out a request to his patient is being neglected.