Sharmeen Obaid Chinoy Films have once again released a short animated film titled Forced Marriage – Zabardasti Ki Shaadi. This will be the seventh animated short film from the serious Aagahi.

The Message Regarding Forced Marriages In Pakistan:

Basically, the Aagahi series is more so a campaign for women rights in Pakistan. The series has also been nominated for an international award at the 66th Cannes Lions International Festival of Creativity for the Sustainable Development Goals Lions in the Gender Equality category. The series has been quite successful for its uplifting purpose and its animated films all display various female issues within Pakistan.

The SOC Films released a press statement regarding the film, “Pakistani law permits every girl freedom to choose who to marry. In this episode of the series, Forced Marriage [Zabardasti Ki Shaadi], the film describes what can be considered as a forced marriage and highlights existing laws that protect women and children from this practice.”

It is true that forced marriages are a huge concern within South Asian culture. Girls are married off at a young age just to satisfy their families. Moreover, there are several misogynistic ties behind the mindset of marrying women as early as possible. Firstly, women are encouraged that their only purpose is to tie the knot. And secondly, if they reach a mature age then it is game over anyway. Even though this mindset is diluting in upper-class societies, forced marriages in Pakistan are still a major issue; it affects thousands of girls on the daily.

What Sharmeen Obaid Chinoy films are doing is simply raise awareness regarding certain issues that many Pakistani’s seem afraid to call out.

Sharmeen mentions about the different topics she will be covering in her animations, “Short videos about how to get an FIR, contents of a Nikkahnama and domestic violence have already been released. There will be more coming out about forced marriages, how to inherit property, child custody and mainly educating women about their rights.” again, these are problems that are relevant yet still depriving from current media. 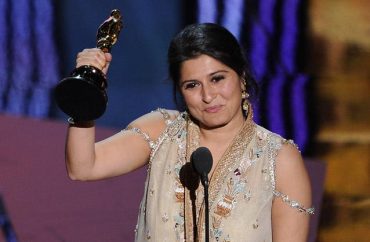 She is also focusing on children’s content as Pakistani children need to see significant issues highlighted in the light of animations. So, children can resonate with the characters. “I feel what worked for the trilogy was the Urdu content, the jokes, the subtle nuances including the way they were dressed, which resonated with children. An entire generation has now grown up on these characters,” to further add, “When children see a reflection of themselves and their culture on the big screen it’s key because they feel a sense of pride. We need to invest in our children who are the next generation and the ones who can create change in this country,” she said.

Just like her other hit animations, people believe that this one might hit just as close to home. Here is the animated short film. With just two minutes of conveying a story, the message remains just as strong:

What do you think of the short film? Is it worth the hype? Will forced marriages in Pakistan ever see an end? Share your thoughts.

Indian Actress Zaira Wasim Quits Bollywood To Strengthen Her Bond With Allah And This Is Such A Great Move!
SSG Jawan Najam Riaz Killed Terrorists With His Bare Hands Before Shahadat And Pakistan Remembers!
To Top