Shaniera Akram Brilliantly Shuts Down A Person By Telling Them She Is Truly A Pakistani! 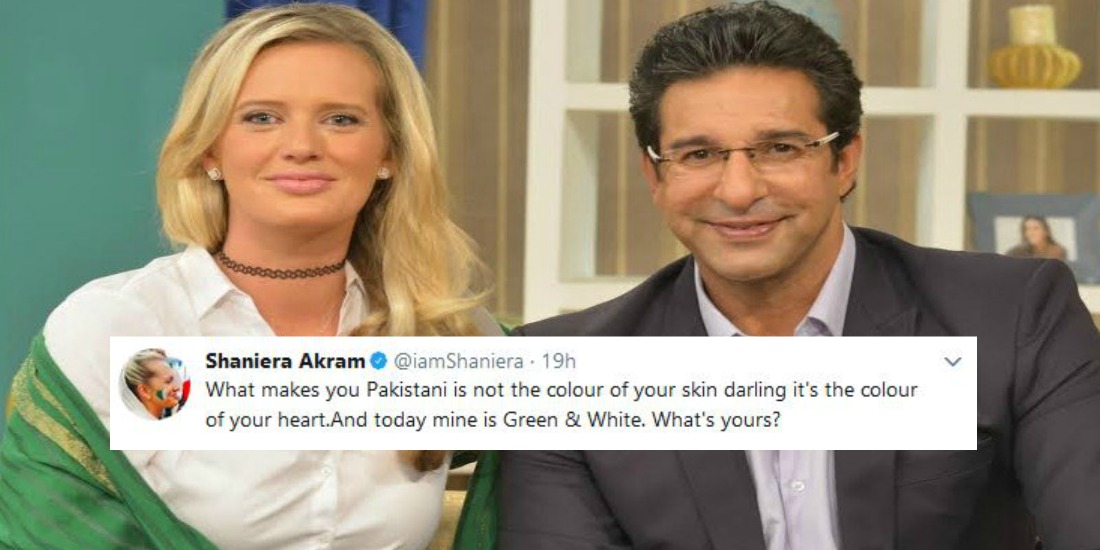 Among Pakistan’s many national bhabhis, Shaniera Akram is the one who made us proud specifically this independence day. Apart from her usual philanthropy work and helping her husband with their Akram Foundation, this is something that has caught our eyes.

It so happens that Shaniera got featured in one Twitter page that goes by the handle of @Arze_Pakistan as a part of their series dedicated to the nations 70 years of independence.

The proud wife of Swing ka Sultan, The one who is really happy in Pakistan & Pakistanis are proud to have @iamShaniera #PakMeriPehchan pic.twitter.com/5dnYXnoGey

Now, for such public figures, there are two kinds of fans, those who hate them and those who love them. Although Shaniera thanked for the sweet gesture by Arz-e-Pakistan, she was bound to gather distaste and this is what someone tweeted:

No one is that stupid . Only a few people are white worshippers now this country is changing please don't insult Pakistanis intelligence

“No one is that stupid . Only a few people are white worshippers now this country is changing please don’t insult Pakistanis intelligence”

However, the response from this national Bhabhi of ours is something that won our hearts on independence day. This is what she said:

Whatever you may call her, she is absolutely correct on this point. Patriotism comes from within and it is not related to the skin tone, Dr Ruth Pfau is one prime example. It is all about the “colour of your heart” that makes you do stuff for your country and Shaniera Akram admits that her heart has “Pakistan” written all over it.

For this, Shaniera just had to gather immense appreciation and support as people called out to give love to her:

That's a fake account Bhabi perhaps someone who's not happy with the fact that you love Paksitan and Paksitan loves you. We Love u Bhabi ???

Well said Shaniera. You are more and a better pakistani then most people living in pak.

Thank you bhabhi; we respect you immensely Happy Independence Day

This Independence Day, and in the days coming ahead, let us show our true colours of our own heart and reveal to the world that we will do anything to raise our country to greater heights!