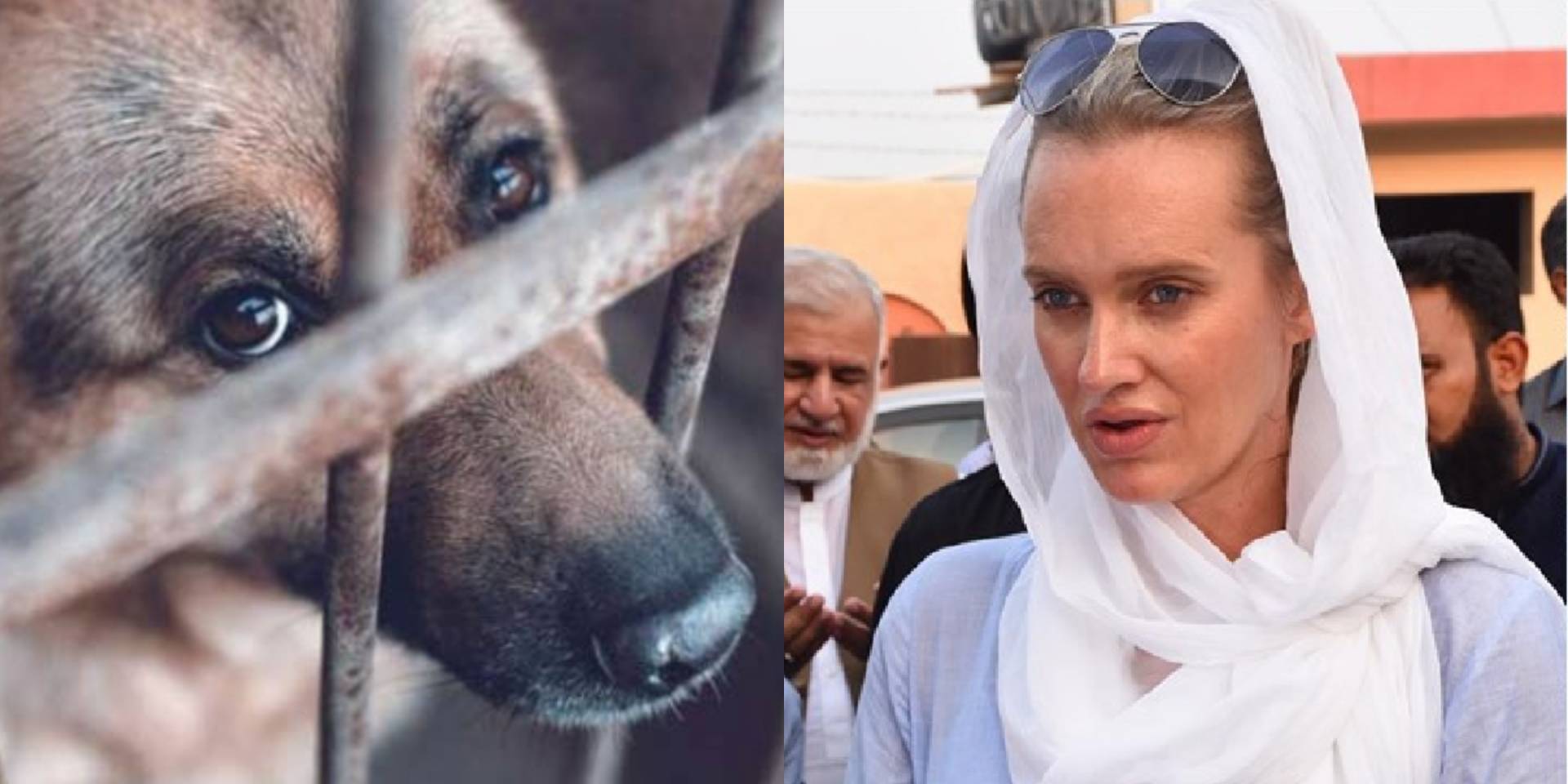 Animal cruelty is an ever-present issue lurking in the corners waiting to be brought into the spotlight. Shaniera Akram has finally opened the dialogue by tweeting a disturbing video of animal cruelty. She wrote in the tweet that “sometimes I get so ashamed of being human”.

The video originally posted by Ayesha Chundrigar Foundation (ACF) official twitter handle shows how a man sneakingly grabs a stray dog by its tail and twirls it around.

Such cases of animal abuse are mostly overlooked and people don’t even bat an eyelid over the pain caused to these poor animals.

“Sometimes I get so ashamed of being human”

An elderly man walks by unconcerned in the video, which is a telltale sign of how less of attention parents and elders of our society pay on such unforgiving matters.

Abuse is abuse, if you allow your children to abuse animals then later in life, they will feel a little less reluctant to show mercy or concern to their fellow humans.

Sometimes I get so ashamed of being human 💔😢 https://t.co/rmnlrAyLGy

ACF to the rescue!

The ACF has been dedicated to their work of helping stray animals find shelter and safe homes. They are often witnessed highlighting such barbaric cases which mostly go unnoticed with a few splattered retweets here and there.

This sick, sadistic act is what people here think is entertainment.

People often argue with us and say it’s not their fault that dogs are biting. Them, as individuals should not be blamed for some other person abusing.. https://t.co/tOfDNjT6wO pic.twitter.com/iL4swqO5yD

They have brought to light a very important point, “People often argue with us and say it’s not their fault that dogs are biting.”

Twitterati react to the heart-rending video

For instance, one Twitter user has raised a very valid point, he tweeted;

When the rich steal the money from the poor the children walk on streets uneducated.

Others also reacted being furious over such abuse.

The society which lack mercy for kids and animals can never flourish…
Most poor illiterate people are sadistic to kids and animals…
It's a big failure of our rotten education system, and religious leaders…

Human is the greatest evil ever existed on earth.

For the evil is man's best force.

Once a Holy Prophet (Peace be upon him) went to a camel farm. A camel came and put his head on his feet. The Prophet asked about its owner, when he came the Prophet said this camel is complaining me that you don't feed and keep him well.
Alas, followers of the Prophet forgot it.

ACF has also tweeted back to Shaniera, which also holds a very important message for us all, they tweeted.

Will you help us raise our voices for these animals in Pakistan? The animal cruelty here is out of control and we would love you to help us spread this message of kindness

You can’t blame animals for lashing out when they are only defending themselves from possible harm. Cases like these make them lose faith in all humans and therefore trigger them to attack instinct. Such animal brutality is one of the main factors of any nation’s falling.