Shan's Exciting New Show "Shan Kitchen" Is Winning Every Pakistani's Heart And We Can't For More!

Shan is a famous food brand known and loved throughout the subcontinent and even the world. They have now brought our favorite celebrities right into our living rooms, with the introduction of a new show called “Shan Kitchen”. The show brings two well-known faces from the Pakistani media industry against each other in a cook-off challenge.

Here’s what the Cook-Off Challenge is all about!

The Shan “Cook-Off challenge” takes place in the “Shan kitchen”, featuring two well-known celebrities who take on each other to show who has the better cooking skills. The concept of the show is very interesting as it begins with the introductions of the celebs and we get to know a few things about them. Like their connection and memories with food and how it touched their lives.

The two celebrities are given a time limit to finish their dishes. The fun interactions amidst the cheeky competitiveness between the two celebs bring out the true essence of the show. The first preview which featured George Fulton and Shaneira Akram received great feedback, which was aired on the 20 August. The show immediately gained our attention and we eagerly started to wonder what Shan has in its pockets next.

Just like the preview, the first episode also did not disappoint. In fact, it just keeps getting better and better. Episode 1 of the “Shan Kitchen” featured Sohai Ali Abro and Khalid Malik and again we were left mesmerized. The show first begins with a little introduction of the two guests and their intricate connection with food. We then got to learn about their favorite food which was “daal chawal” for Sohai and “karela” for Khalid. It’s amazing how these celebrities love and cherish the simple things. The show then takes us straight into the kitchen where all the fun begins.

The chemistry and competitiveness between the two celeb chefs had that element of spice that we Pakistanis are known for. Khalid at his witty best, gave us plentiful moments to laugh, whereas Sohai was at her sassy best. We knew then and there that the episode is one to be revered and remembered for a long time.

After a hysterical conversation between the two competitors, we learned that Khalid was making Handi and Sohai was making Koftay. Khalid was surely in the mood to have some fun as he wasted no time in getting his hands dirty while marinating the chicken. Sohai, on the other hand, acted like a true professional as she started preparing her Koftay!

It gets even better and funnier!

The whole episode had a fun vibe to it as there were plenty of moments that made us laugh. Both of the competitors tried to put pressure on each other, by playing mind games. The moment where Khalid was busy pointing out Sohai’s messiness in the kitchen while he almost burned his own dish was literally the highlight! LOL.  Midway through the episode, however, there was a twist that we did not see coming. To make the proceedings more interesting, Shan planted two mystery boxes in front of the two chefs. The mystery boxes contained 5 ingredients of which both the chefs had to choose one, to include in their dishes. 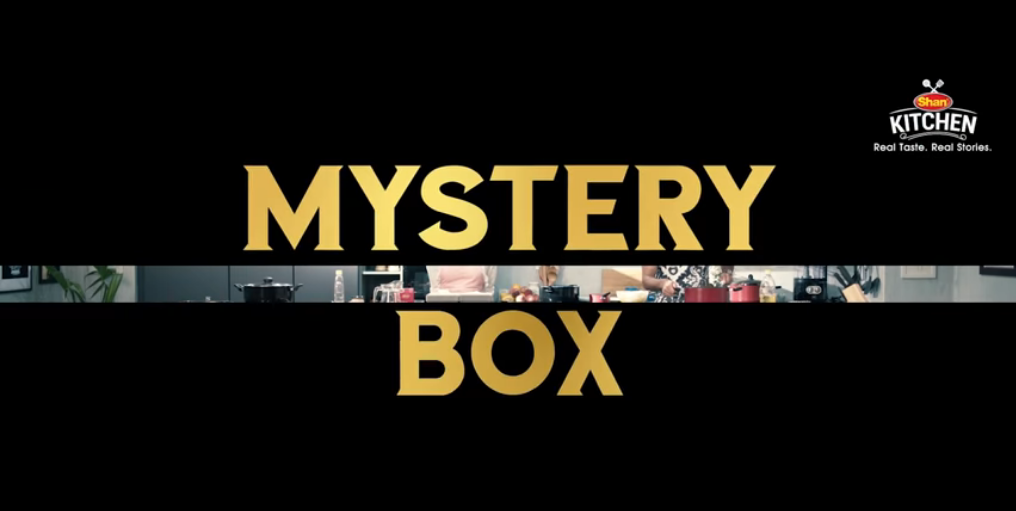 The little twist was the perfect “tarka” the episode needed. Sohai chose cottage cheese for her Koftay while Khalid chose cashews for his dish. Both the choices complemented their dishes perfectly as it made us sure that the celebs knew what they were doing. As time began to run out and the alarm for the final ten minutes went off, we saw a state of frenzy in the kitchen. Both the celebrities rushed to put the final touches on their dishes. Indeed, the final result looked so beautiful to the eyes. We can only imagine just how delicious the dishes would have been just by the look of them.

“Shan Kitchen” has only just begun and it has already provided us with hysterical laughs, enlightening moments and mouthwatering cravings for food. Shan once again proves how dedicated it is to show yummy food as Pakistan’s real identity. We can’t wait to see what Shan has in store for us in the future. Any guesses on who the next two celeb chefs would be?