Shamila Bibi, Who Became A Mother After 13 Years Lost Her Life To Inhumanity

This world is full of unfortunate stories that sometimes become extremely difficult to hold on for the listener. While the coronavirus epidemic is busy infecting the human population, a recent attack in Afghanistan completely ended it.

Having rival connections with several states, from time to time, Afghanistan is hit with a sheerly violent attack creating panic worldwide. Not so long ago, about 50 innocent children were injured in an attack on Kabul by the Taliban and it goes on. Earlier, this week, unidentified gunmen viciously attacked a maternity hospital in the capital city and it was horrifying.

A happy mother caught in a crossfire

As per the last reports, more than 24 people including infants, teenagers and women were killed in the 24-hour long shootout. The latter released snaps and videos were full of victims covered in blood showing the intensity of the attack. Among the ones who lost their lives was a woman reportedly named Shamila Bibi who had given birth after 13 long years of marriage.

Indeed it is a heart-rending thing to imagine that the happiness one was waiting for, just vanished in the blink on aye. Details reveal Shamila spent more than 10 years of marriage in the stress of not having a child of her own. After 13 years of pain and misery, the 33-years-old woman and her newborn baby boy were brutally killed in the 12th May’s Kabul attack.

According to the sources, in the morning of the attack, Shamila Bibi was rushed to the Government Mental and Child Health Center for delivery. Unfortunately, a few hours after the child was born, the hospital came under attack and Shamila got stuck inside. While the family was waiting for her to return with the child, Shamila was burned down and the baby was shot dead.

The close friend’s take on the matter

Speaking on the fatal incident, Yeluma Hafeezi, a close friend of Shamila Bibi shared the last meeting with her. Hafeezi stated, ”Shamila spent 13 years in extreme pain and mental stress after her marriage. She yearned for the time when Allah would bless her with children. Last week, Shamila told me that she was the happiest she had ever been in her whole life.” 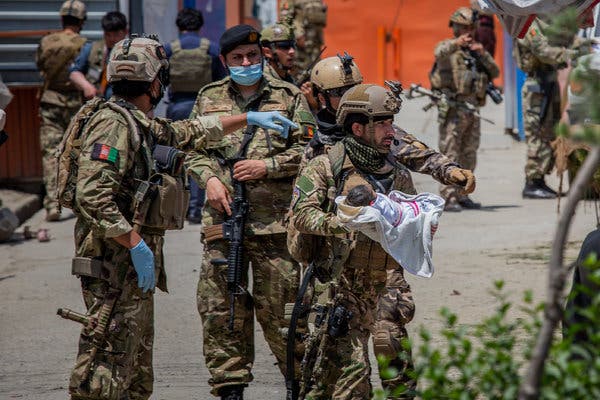 Further, Yeluma Hafeezi said that Shaleema Bibi’s only brother was also killed by some militants some time back. In these extreme circumstances, previously, an Afghan-NDS director who is said to have sided with R&AW was found dead. Calling it a work of unknown powers, no appropriate explanation was then released.

TECNO’s Pouvoir 4 Build For Gaming Fans And Videographers; Launched In Pakistan
Teenager In Punjab Takes Uncle’s Life For Stopping Him From Flying Kites
To Top