Shaikh Dawood Of Master Tiles Had An Extravagant Wedding But People Are Asking, "Dulhan Kahan Hai"?

As the wedding season in Pakistan is still going on, news of extravagant events keeps pouring in. This year, many well-know faces of Pakistan succeeded in finding their soulmates and Pakistanis can’t get hold of the excitement. Leaping over the fact that the wealthy class of the country is so fond of having an eyecatching expensive wedding that it sabotages the actual simple sort over money. Calling this year’s August the month of famous Pakistani weddings won’t be wrong as a series of events is being witnessed.

Son of Master Tiles Owner Shaikh Dawood got married in the most expensive way!

Following the exact ‘richie rich’ type of attitude, recently, the son of a Pakistani businessman got married and social media completely lost it. The business group that doesn’t need any introduction, Master Tiles has recently managed to steal the spotlight in the wedding race. Shaikh Dawood who is the son of the gigantic business group ‘Master Tiles’ got married earlier this week in Lahore and the pictures from the lavish event have taken the internet by storm.

Also read: Hasan Ali’s Shaadi Pictures Are Making Fans Hate On His Beautiful Indian Bride And This Is So Wrong! 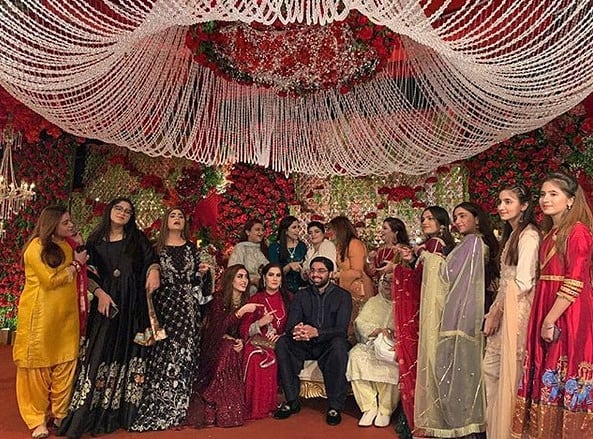 The brother-sister duo: Shaikh Dawood posing with her sister! 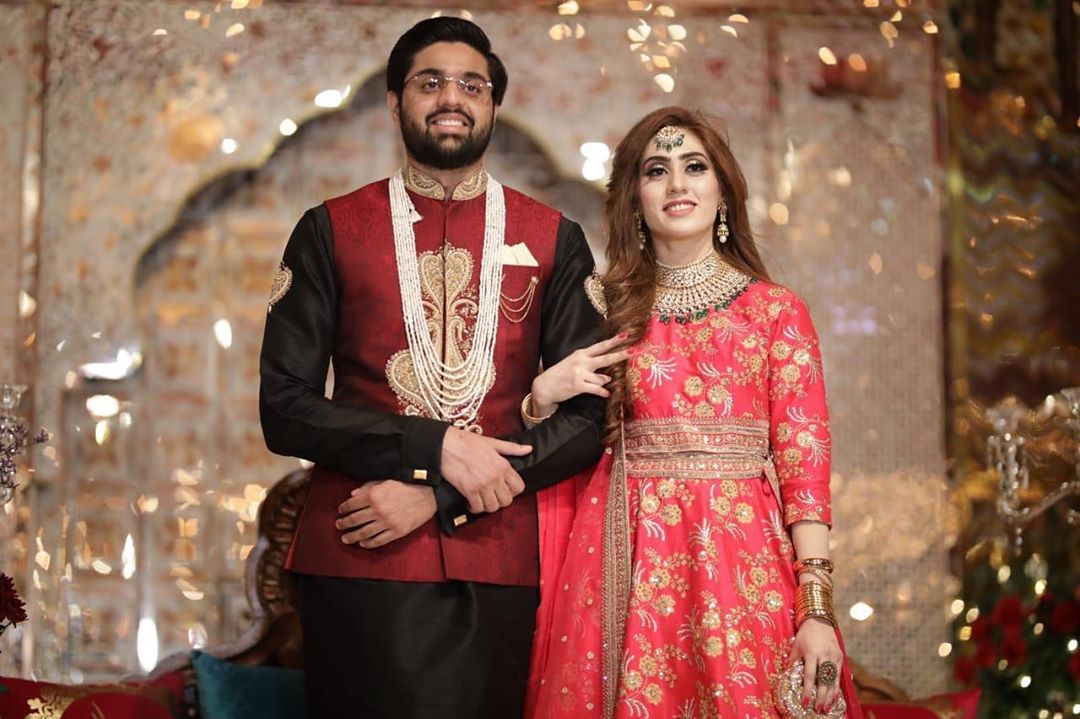 Siblings having fun with their pictures! 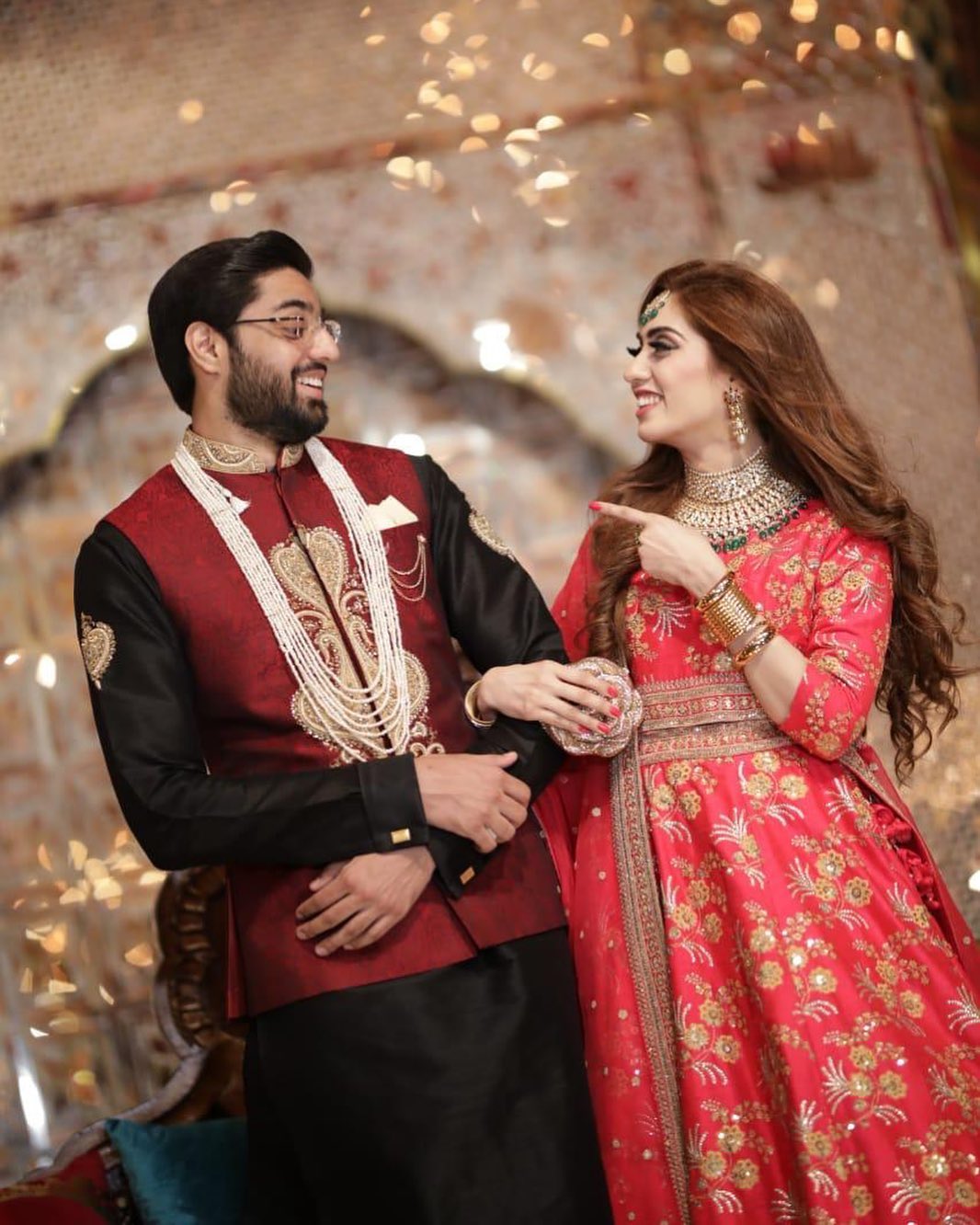 Here’s the mastermind behind the success of “Master Tiles” Shaikh Mahmood Iqbal with his wife! From the decor to the arrangements and the designer outfits, everything looked so elegant and not to forget, expensive. From inside the wedding, many big names of the country were also seen enjoying the saga in full swing. Getting in more lavish, the famous Pakistani singer Rahat Fateh Ali Khan also performed at Shaikh Dawood’s wedding and woah! is anything even left? 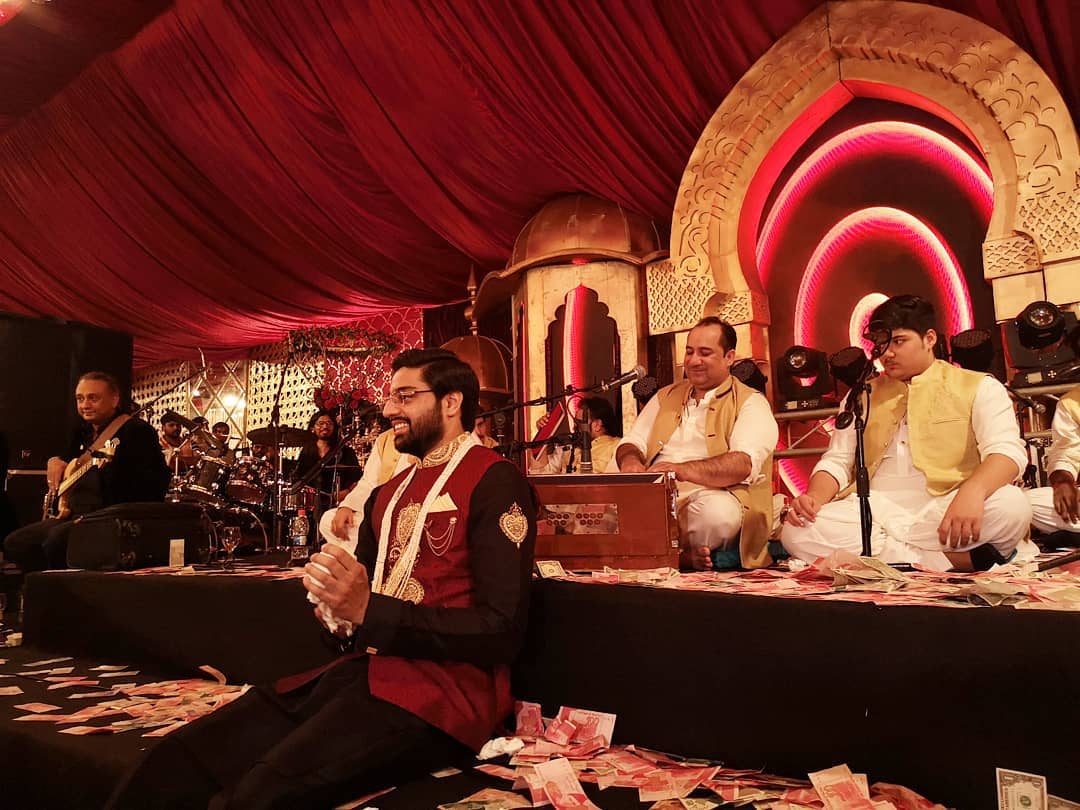 Thanking the audience for appreciating the performance! 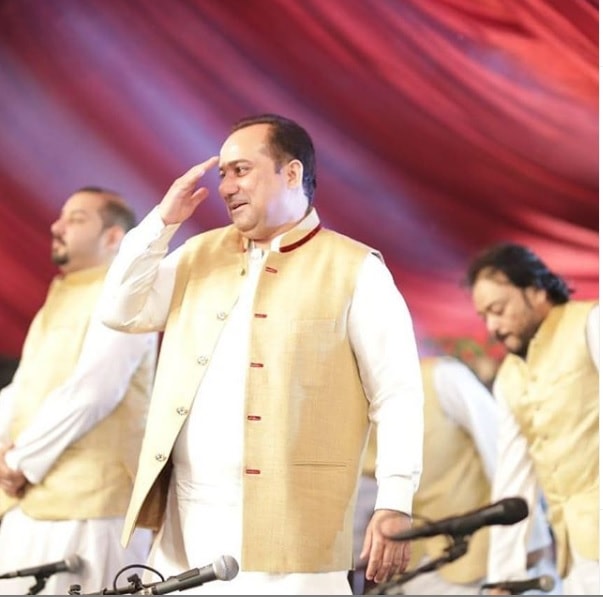 A group of dancers was also called for some ‘sufi touch’! 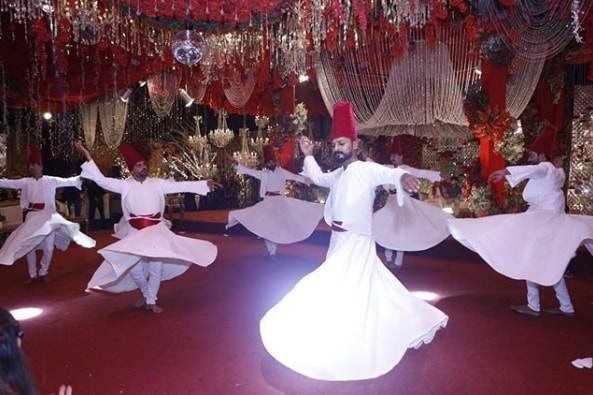 Well, the sumptuous arrangements of the venue can’t be neglected. The perfect color scheme and the splendid decor became the talk of the town and everyone’s like, zabardast bhae!

Have a look at what the stage looked like in the main event! And how can someone ignore this masterpiece! 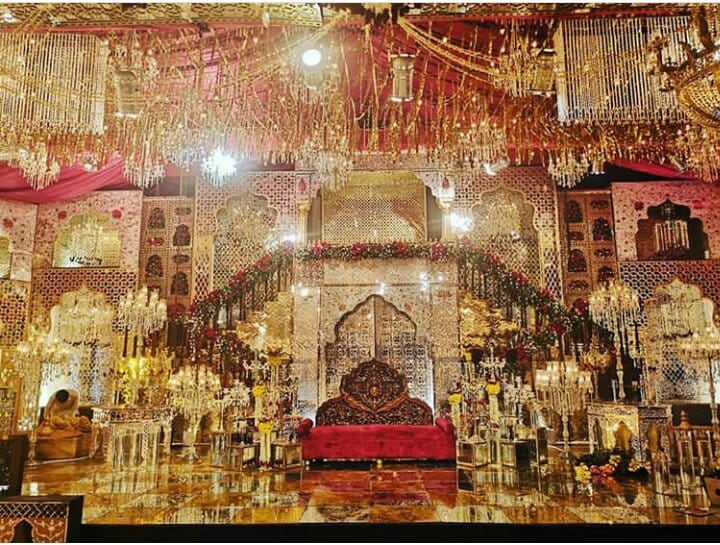 Check out: Hamza Ali Abbasi And Naimal Khawar Are Finally Married With ‘Saadgi’ And Aww, They Look Cute!

As the pictures went viral on social media, people noticed an unusual thing which is actually a bit suspicious. In all the photos, the groom is seen with everyone but the bride. People have different assumptions about the missing bride, some are holding the ‘parda’ fact while some are busy creating their own reasons. Whatever it is, it did stir a whole new debate among the masses.

What do you think of the grand wedding? Let us know in the comments below!

Protest In France and Tough Questions For Modi In G7 Summit!
Hamza Ali Abbasi’s ‘Inexpensive’ Wedding Debate On Social Media Will Make You Grab Your Popcorn!
To Top