The education system implemented in Pakistan has always been a victim of criticism because of the obsoleted syllabus still being taught to students. Breaking the widely famous fake degree stance of the country, the involvement of corruption in the education industry has devastated it as a whole. The fragile conditions of the federal boards and how they hold the final examination criteria isn’t hidden from anyone and the education ministry’s ignorance on the issue isn’t hidden from anyone.

Here’s what Shahzeb Kahnzada posted on his official Twitter!

Earlier this week, on Monday, Advisor to KPK CM Zia Ullah Bangash joined the Shahzeb Khanzada show through a video call. As KPK government’s order of making ‘abaya’ mandatory for school going girls in the province already created a severe debate on the internet, Shahzeb Khanzada also asked Bangash about the bill passed but the responses he received didn’t explain anything clearly.

Zia Ullah Bangash failed to defend the order passed by the KPK government!

Shahzeb Khanzada started off with the parent’s personal preference of making their daughters wear an abaya and then moved onto the recent implementation by the KPK government. While talking to Zia Ullah Bangash, the journalist kept the concerns in front of him asking why did the KPK government felt the need to implement the decision of making abaya mandatory for school girls? 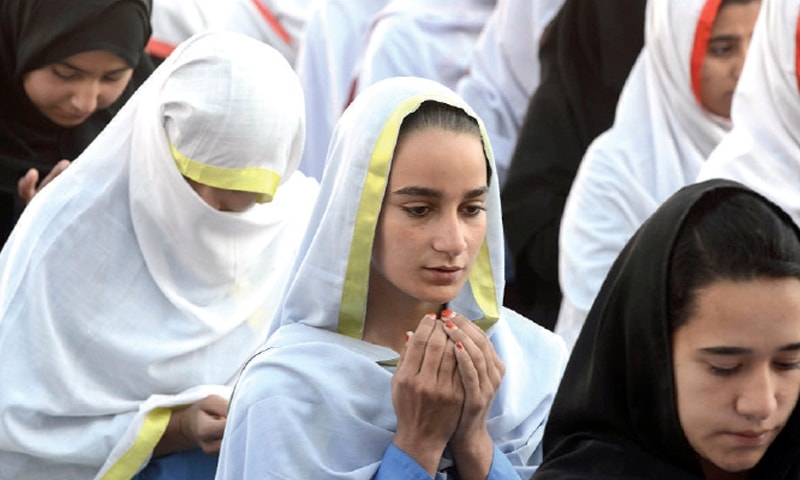 In reply, Zia Ullah Bangash stated the increasing number of rape cases in the province and displayed it as a step towards eradication of such elements. Well, Shahzeb Khanzada statistically, thrashed the forced stance of the CM Advisor and it did create a heated atmosphere between both the personalities. Further, Khanzada wisely sabotaged the ‘mandatory abaya’ order by stating the worldly and religious aspects on the issue.

Soon as the clip of the episode went up on the internet, digital Pakistanis majorly supported Shahzeb Khanzada and how he cleverly portrayed the right side. The awaam was quick to respond to Shahzeb Khanzada’s tweet in favor of creating a whole new debate on social media.

I must say Shahzaib you did really well by not giving in to religious emotionalism.👏👏

To put important issues first is what a good journalist should do!

The person you interviewed has no clue on reasons of sexual harassment are prevalent in madressah. It’s not just girls it’s wifh boys also. Sexual predator is a state of mind prevalent in society where abuse is hidden

“Nobody has the right to harass or rape anybody!”

These remarks coming from someone in power is highly disappointing and shameful. Clothes or no clothes NOBODY HAS A RIGHT TO HARASS OR RAPE ANYBODY

Love your courage shah Zeb. The ignorant adviser could not answer you and tried to blackmail in name of religion

Check out: Fawad Chaudhry Just Made A ‘Dirty’ Joke About Modi On His Birthday & Indians Have Lost Their Sabr!

Major Adnan Sami Gets In Trouble For Holding A Pakistani Nationality!
Meet Umair Khan – An Upcoming Artist Who Is Finally Giving Pakistan Its Own Cultured Superheroes!
To Top