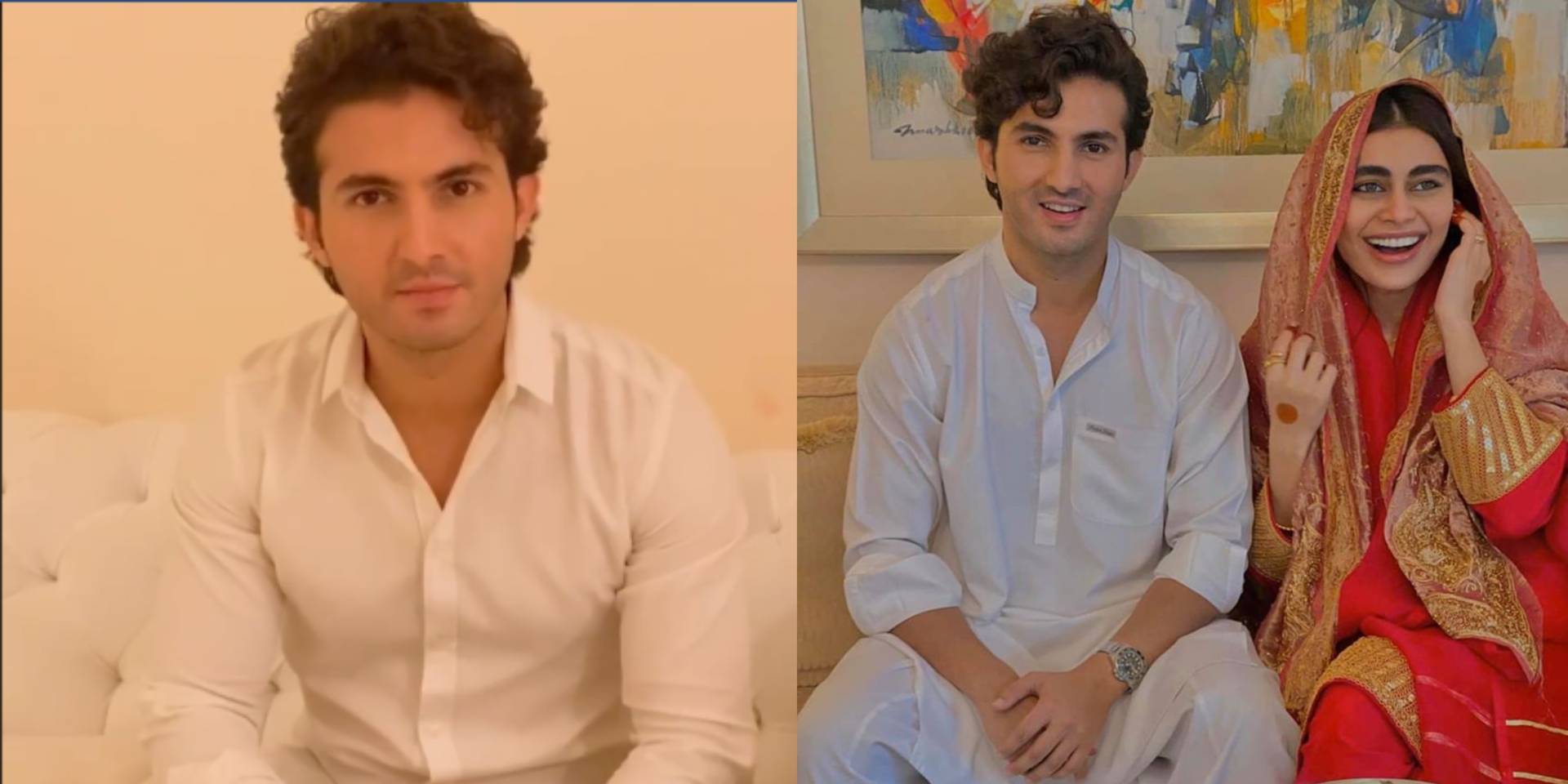 Shahroz Sabzwari and Sadaf Kanwal’s secret wedding has been grabbing a lot of attention ever since they announced it on social media. People are mostly criticizing Shahroz for allegedly cheating on ex-wife Syra Yousuf with Sadaf. He has now released a video message for all who are hating him.

In the video, he clearly stated that the reason for his divorce with Syra was never Sadaf but some very ‘personal’ reason. He said the people who were accusing him of infidelity should come and prove it. Shahroz in his very aggressive tone also challenged people to not accuse him of something he didn’t do.

Shahroz said his relationship with Sadaf started after his separation with Syra in August last year.

Since their wedding, people have been bashing the couple, while Syra has been receiving a lot of love from the Pakistanis. There were also reports that the couple got married a month ago but they have announced their wedding late to their fans.

Sadaf’s nikkah with Shehroz stirred another debate on social media today. The confirmation of the nikkah received with pictures of the new couple is being shared on social media. Shahroz tried his best to defend his marriage but still, people aren’t convinced with him.

Also Read: Is Syra Sending A Message To Her Ex? If Yes, Shahroz Must Not Take It Light