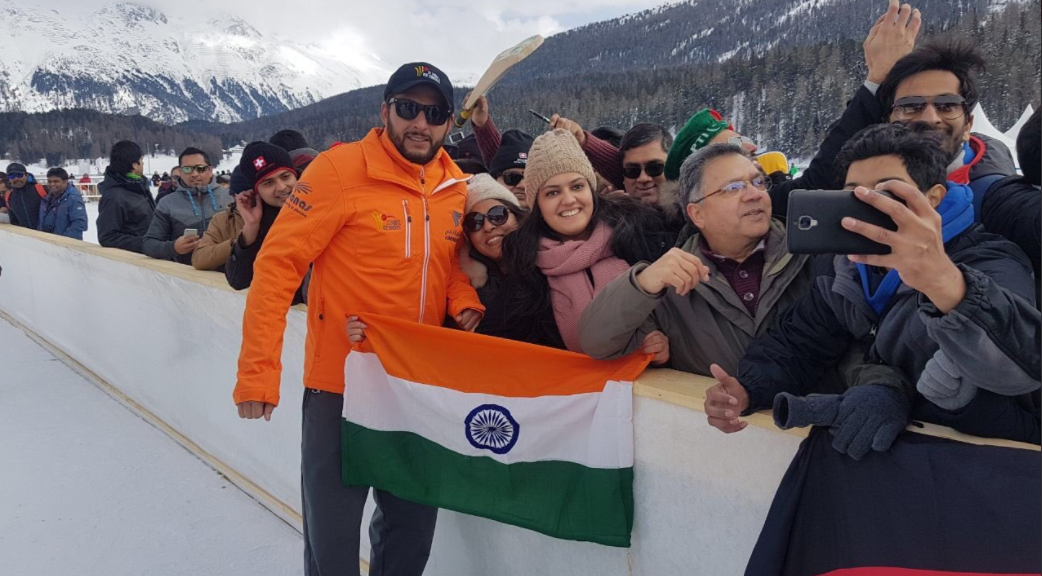 Shahid Khan Afridi is a name which is certainly not unknown in the world of cricket. The man conquered the game and represented Pakistan in the most successful manner possible. Regardless of how he has retired, he continues being the face of Pakistan – representing the Land of Greens.

Afridi is currently captaining the Royals at Ice Cricket tournament happening in Estonia.

Given how Afridi is in the game for decades, he has made fans all over the world!

Just Can’t Get Enough of Afridi, Don’t You Think?

Shahid Afridi "Virat Kohli is a fantastic human being and an ambassador of cricket for his country, just like I am for my country. He has always shown me a lot of respect and has even gone out of his way to present a signed jersey for my foundation" #Cricket

LOOL – There’s Always the Banter too!

Shahid Afridi becomes the first player to get a duck in test cricket, ODI cricket, T20i, T20, T10 and Cricket on Ice.

So Just Recently, People are Applauding the Gesture of Afridi Towards an Indian Fan

Before this, in an interview, Afridi said that the political tensions cannot disrupt his relation with Indian player Virat Kohli

Shahid Afridi "Virat Kohli is a fantastic human being and an ambassador of cricket for his country, just like I am for my country. He has always shown me a lot of respect and has even gone out of his way to present a signed jersey for my foundation" #Cricket

Shahid Afridi "Politicians should do what they are supposed to, but we sportspersons can play a bigger role in better relations between India and Pakistan"

Given how the political tensions in India and Pakistan are present for decades, it once spread in the game as well. Given so, an Indian fan who was standing in the cue with the flag of her country wanted to take a picture with Afridi. She subtly folded the Indian flag before taking a picture with Afridi.

Afridi, On the Other Hand, Requested her to Unfold the Flag

Shahid Afridi asks his Indian fan to open her flag and then poses for this exquisite photo. The message is, leave politics aside, and let cricket be. Well-done @SAfridiOfficial! pic.twitter.com/HJmHsq2OQq

Shahid Afridi's message to all the pseudo nationalists. pic.twitter.com/N5zbJS4Uci

In the game of sports, there was never a need to drag politics, but the hatred among the extreme masses and political tensions always made us hate the Indians and vice versa.

Players such as Afridi and Kohli indeed are spreading peace among the countries in terms of the sports. It is amazing to see how they have managed to change not just their attitudes, but the attitudes of other players, as well as of the countrymen.

Afridi indeed has done something this time again to make us Pakistanis proud (not talking about his duck jbtw).

Javed Akhtar Seconds Sonu Nigam’s Statement On Azaan and Muslims are Enraged on Twitter!
Here Is The Real Story Behind Faiza Saleem and Ali Gul Pir’s Fight
To Top