Shahid Afridi: From An All-Rounder In The Field To An Indescribable Lala

3 runs wanted off the last 3 deliveries. Only 1 wicket left. The match is against India. What you could expect from a sensible batsman is to play a safe shot, may be to take a couple of runs. The hearts are beating. Not because the match has reached a crucial stage, but because someone tremendously majestic is on strike. The bowler bowls. And as everyone expected, he goes for it. A big and massive one. Though the ball was not middle properly, but it goes. Up, up, up and then out of the park. The name is Shahid Afridi. The Boom Boom. Pakistan wins it. They are calling him a match winner. A superstar.

But I call him more than this. His sixes are undoubtedly the beauty of his game. The charisma of his presence in the field is immeasurable. But still, apart from being a cricketer and a match winner, there are certain aspects of him which are worth considering. Let’s have a little look at them:

Keeping Up The Traditions 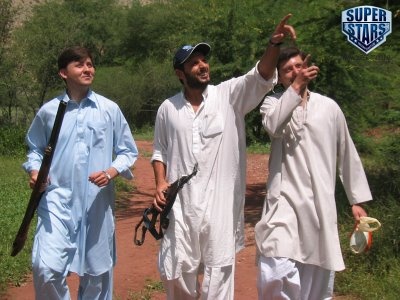 Born in a typical Pashtoon family, Afridi was brought up in the same atmosphere. Though his family had to move to Karachi due to poor conditions there in Khyber Agency, he never set aside his traditions. I was just watching him in a show which had been shot in his village in Kohat when I observed that he was speaking Pashto to every person except the host. On being asked, he said, “My father said that you’ll learn Urdu and English but once you forget Pashto, you’ll never learn it again. So I speak Pashto at the home too.”

Not only this, the typical and traditional love for foods and aptitude for weapons do exists in him. And what is most interesting is that he is never remorseful while speaking of them. He proudly says, “Topak Zamaa Qanoon De” (Weapon is my law). He was only six years old when he first fired a gun. Bravo brave man!

Having a lofty gun in hand instead of a bat….looks pretty nice! 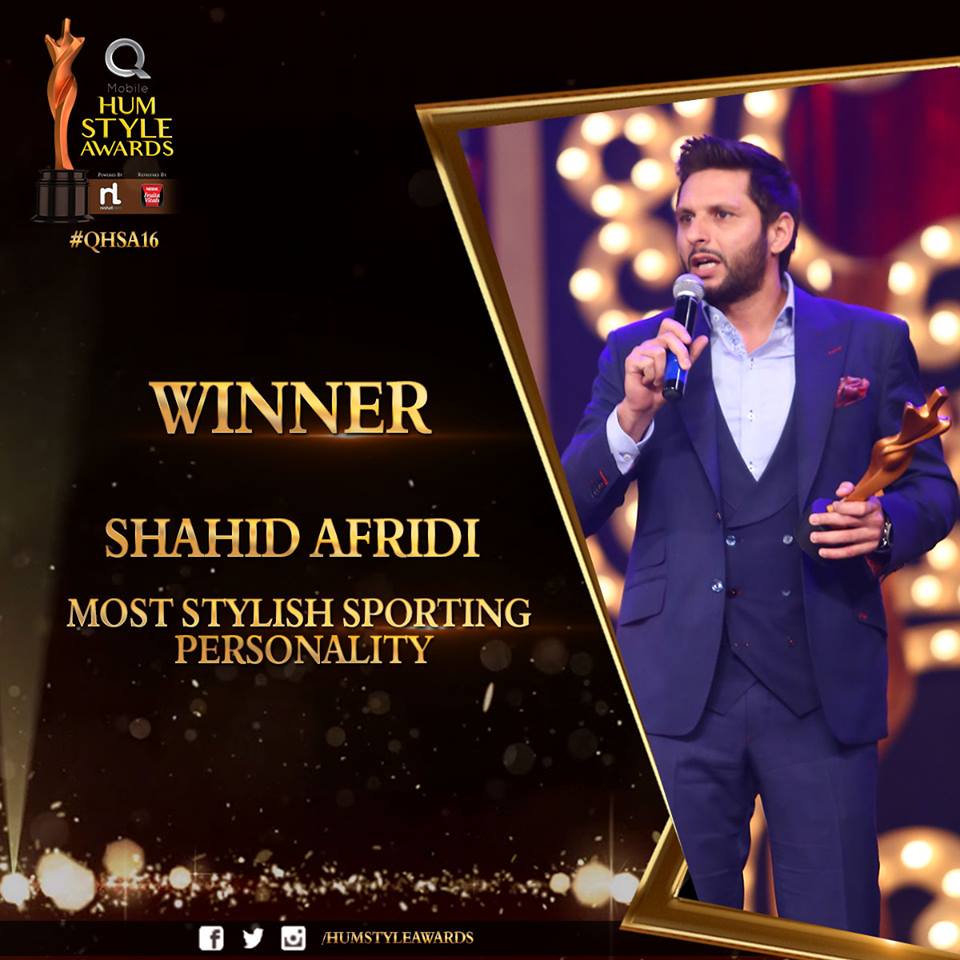 You want to upgrade your stuff or want to aggrandize your company, then who could be the option other than Afridi? He is good looking and handsome and the number one option as a commercial model. Besides this, his looks are captivating even in his simple looks. Recently, he received the award for “The most stylish sporting personality” in Hum Style Awards.

He dresses according to his traditions & sometimes according to trends, but any time or anywhere, you gotta see his styles. Simple & appealing. One wonders why hasn’t he received some offers for a film or if he received, he would certainly have denied them. But after watching his work in commercials and ads, one can surely say if he tries to do a one, he will surely be successful!
UK or Pakistan, I’m going to carry my style in my own way! 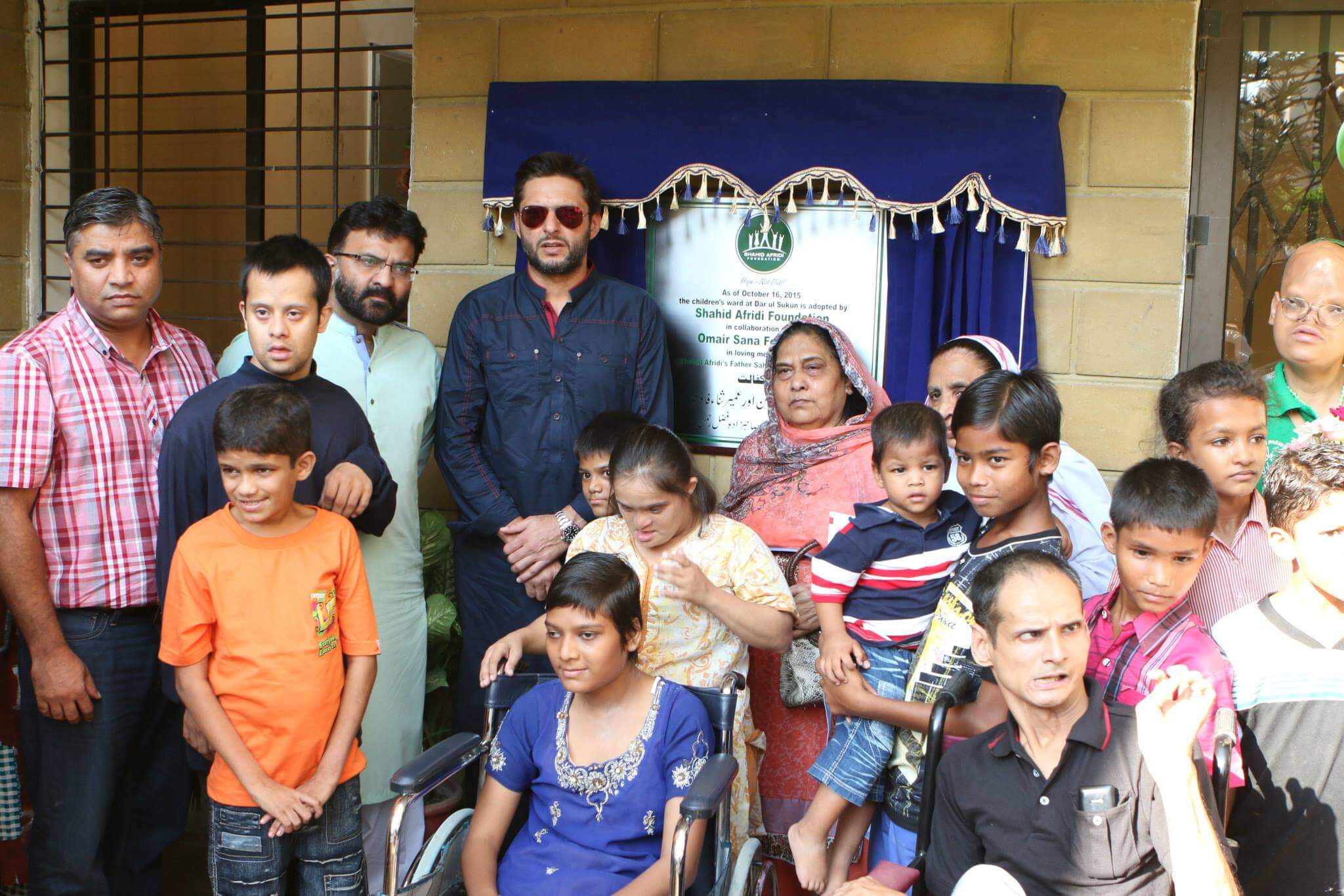 Afridi surely has received a lot of respect, not only from Pakistan but from all over the globe. But he never loses his affection for his own people. Till 2014, he had been working with several organizations but in March 2014, he set up an organization of his own, the logo of which is “Hope-Not Out!”. The main aim of his organization, named Shahid Afridi Foundation (SAF), is to provide people, especially children, with health and education. He had set up a hospital in Kohat (his village).

His foundation is currently working on providing people with safe water. In his recent visit to a school, he distributed laptops and books to children. He also does charity events from time to time, whenever he is free. Afridi says that his further plans are to set up a school and a cricket academy in Karachi. He is among top 20 charitable athletes in the world. When asked about this aspect of him, Afridi said, “To live for yourself is easy but to live for others is a big thing. I feel relieved when I help others.” Well said Boom Boom! We wish you luck for the future plans.
Shahid Afridi and Sarfaraz Ahmed participating in a charitable cycling event for the SAF.

The WorldT20 is held in India. Pakistan has lost the match. Meanwhile, there are a large number of people here in the stadium from Kashmir to support Pakistan. He goes in the post-match presentation and at the end, thanks to the Kashmiris. The Indian media don’t think it accurate and warn him to stay away from such kind of talks. But what you can say about him. The next match Pakistan again loses but he again does what he was told not to. Here he mentioned Kashmiris, there it went, the long debates on Indian channels. But one cannot say anything about him, this is how he plays!

Not only had that he did it in India. In Pakistan too, when he gave a statement, he would stick to it. Because of this, many times he had some fights with the media channels and journos. He would respond in a direct straightforward way that would cause some kind of agitation among them. And then media would start preparing reports and did their best to criticize him. Finding nothing, they would ridicule him for his retirement decisions. But poor media would lose every time and he would win by doing nothing! Even that when he came to hum style awards (probably his first experience), he was asked to share his views on the show. He said, “I am not feeling like I’m in Pakistan.” Don’t know how the audience took that sentence but one can clearly understand what he meant! 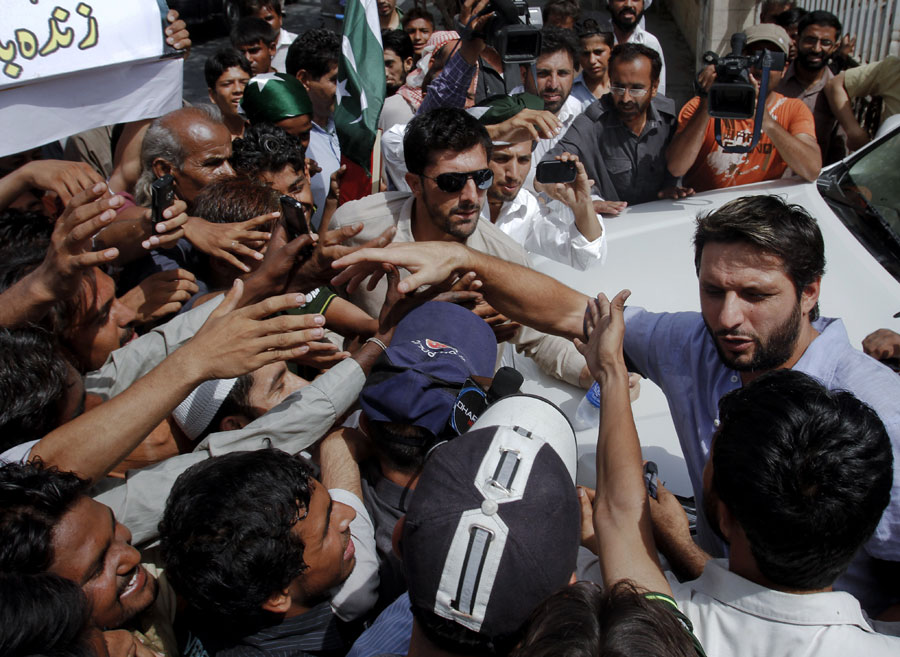 The point may seem wrong to some, but as far as I have observed, he does love meeting his fans. I was reading a story of a girl living in Austria that how she came to meet Shahid Afridi and with how much affection he met her. A few days back was her birthday and he wished her especially, on twitter. Not only this, there was a young girl in Karachi suffering from thalassemia who had the wish to meet Afridi. Through a channel doing Ramadan transmission, he went to her house and did an Aftar with her. 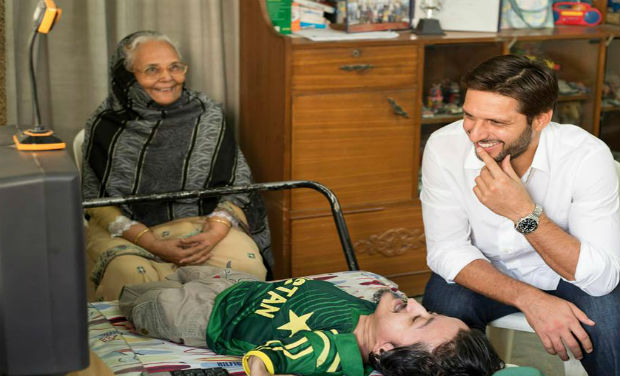 Back in 2014, Shahid Afridi went to meet his special fan, Farhan Malik, to his house. Shahid Afridi gave him his signed cap and played cricket with him. Wherever he goes, there’s always a big crowd waiting to have a glimpse of their hero. Sometimes he does a quick chat session with his fans on twitter and answers them. Though he had met many fans but there still remains an endless line. Even I am still waiting to get my questions answered by him on twitter. Hope I become successful in this!

Well, the list doesn’t end here. It continues….. from an Afridi in the cricket stadium to a Lala in his village, from a superstar on TV to a simple man in tabhleegi groups, from his own family to a large family of his die-heart fans and it continues to his foundation. It does not end and it never will. So in short, Afridi is much more than a cricketing superstar. He’s a phenomenon that is so complex to describe!

You Need To See These 8 Pakistani Celebrities Who Are Aging Beautifully!
I Realized The “Defining Moment” Of My Life When I Was On My Deathbed…
To Top