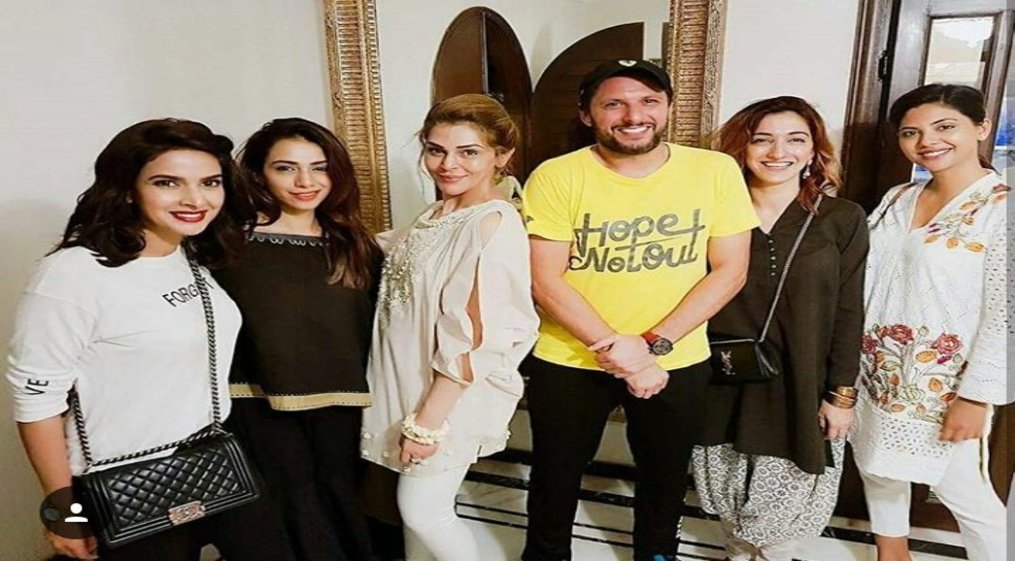 Have you ever been to a gather where you were surrounded by people and it felt really awkward to be around? I think we all have faced such situations. Awkward family gatherings, where we hardly have any idea why we’re there usually come forward in our experiences. And what’s the hardest part? When someone dares to ask you for a group photo! Oh damn, that’s the hardest pill to swallow because you feel so awkward. You almost have wobbly legs, sweaty palms and sometimes you really can’t stop smiling in shyness. Worst part; when someone actually notices you are fidgeting like crazy and actually mentions it. It happens to be your mom, most of the time. Admit it; we all have faced such situations at some point in life.

Shahid Afridi probably felt pretty much similar when he attended a Sehri gathering hosted by top celebrities of Pakistan. A picture that has been circulating all over the social media features boom boom Afridi alongside the beautiful ladies in Entertainment.

A Suhoor party was hosted by Sana Bucha, a renowned journalist and apart from Afridi, many dazzling celebrities had joined up 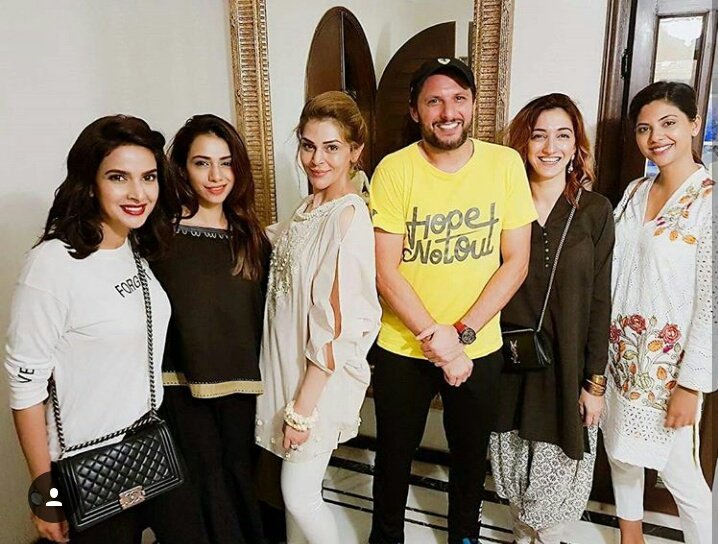 Afridi confirmed on his social media profiles regarding the Sehri gathering and it seems pretty sweet.

Thank you sister @sanabucha for the fantastic Suhoor last night,it was a pleasure catching up with the faces of Pak Entertainment Industry pic.twitter.com/AyQxHrJK92

It all seemed so sweet until the Internet did its job… 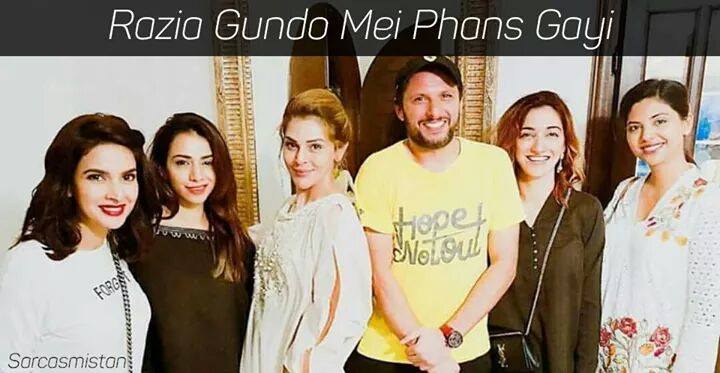 Dear Lord, that seems really awkward indeed… Look at his face, he seems so red with all the awkwardness overwhelming him. But then it’s really nice of Sana to host a healthy gathering, invited all the elite celebrities and of course, Shahid Afridi, the legend himself. His expressions are way too hilarious and this picture has gone imminently viral all over social media.

Just as I mentioned above how awkward some gatherings can get, Shahid Afridi here exactly knows what I’m talking about!

This Very Popular Brand of Chocolate Might Be Infected With Salmonella!
Junaid Akram Set Up an Iftar Drive for the Minorities and We Love Him Even More!
To Top