Just a week ago, Shahid Afridi revealed that he is leaving Pakistan Super League’s season 2 champions, Peshawar Zalmi. This news came as a major shock for cricket fans especially Peshawar Zalmi’s. Nobody ever expected it to come so soon. Ever since speculations have stormed and taken a toll on people who are coming up with many reasons for Afridi parting ways… 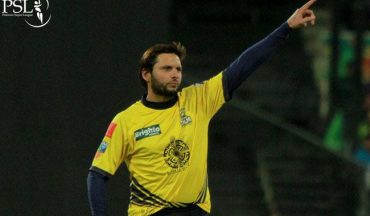 Won d ???? with 1 team,Time for another.Im announcing my end of service as president&player of PeshawarZalmi Team due to my personal reasons1/2

My best wishes with Peshawar Zalmi nd as far as my Peshawar fans r concerned I know they are with me wherever i go.

Cricket fans all over Pakistan did not see it coming. There were many sullen faces while people encouraged his decision which would ultimately create ways for the youth. Yet, anyone can agree to the fact that Shahid Afridi was a great ambassador alone for PSL and his presence made the tournament special. WE STILL CAN’T GET OVER THOSE GIGANTIC SIXES HE SCORED IN DUBAI! 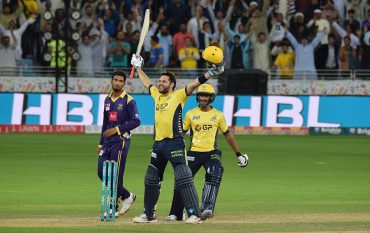 What could be the reason for Shahid Afridi to leave Zalmi? Did he get involved in any feud or has he hinted towards a decline in his form?

“There are a few personal things that I don’t want to be highlighted in the media. I saw Javed’s vision changing with time. I didn’t want to be a hindrance in his new goals and vision. I have a lot of commitments to my own foundation, so I wouldn’t be able to give my services completely to him also. There a lot of projects of my foundation that I need to set my focus on. 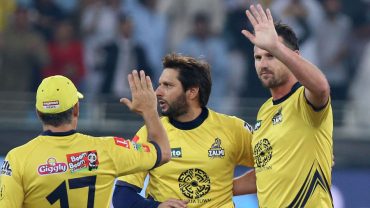 “These things don’t affect our families’ friendship and relation.

That is all that Shahid Afridi had to say about an imminent departure from Peshawar Zalmi. Although, he laid stress about “things that he does not to be highlighted in the media.”

We are going to miss Afridi playing for Peshawar Zalmi. Let’s see if he returns to PSL with another team. We would surely want to see him play once again in PSL 3.

How did you guys react to Afridi leaving Zalmi? Do you find his reasons serving well in this prospect?

SHORT STORIES FOR ADULTS – The Hands Deserve The Books
These Painful Words From A Pakistani Transgender Show How Our Society Has Negated Them!
To Top