Shahid Afridi – a name you all are familiar with and why not? This very name enthralled us for more than a decade and provided a brilliant show of entertainment in cricket.

If you come to comprehend what kind of a sportsman Shahid Afridi is, you will realize that he was one of the very few athletes in the world to hold a grand status in enthralling fans as well as the opposition. People could not help but love him every time he walked on the pitch.

Afridi got the title of “Boom Boom” after the world was immensely entertained by his innings swamping with record boundaries. Whenever you wanted to see a gigantic six, you would remember Afridi and his lovely shots! 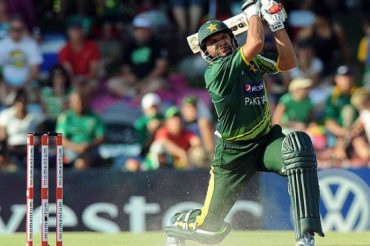 Afridi made many world records to his name. He started the trend of hitting quick boundaries and being a surging threat for the opposition that they start panicking and lose the game in their minds. He always posed a threat whenever he went to bat for Pakistan. 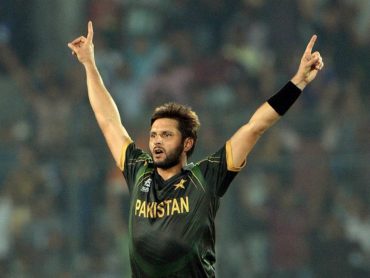 Whenever it was time for Shahid Afridi to bat, the atmosphere of the stadium would change, the crowd would chant his name, spirits were uplifted and the opposition went in panic anticipating what mayhem this man would break on the pitch.

Whether it be bowling or batting, Shahid Afridi always finished a race apart. He has taken a record number of wickets, scored record boundaries and runs throughout his career for team Pakistan.

But sadly, he announced his retirement from International Cricket and we are here to celebrate what a decorated and enchanting career he had had, and how he continued to entertain his fans. 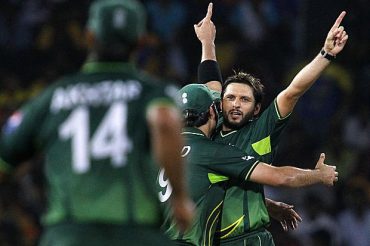 Surely, cricket fans in Pakistan will be going to miss him and have already sent in heartfelt tributes to him. But there are people across the world, his fans in foreign nations who were also enthralled by Afridi all along.

These were the reactions of people besides Pakistanis on Shahid Afridi’s retirement:

Among the commentary sessions I enjoyed most was one where @SAfridiOfficial went berserk against Bangladesh. As destructive as anything.

It took me Karan Johar, David Dhawan & Arsenal to write an Afridi tribute. A piece straight from the heart. https://t.co/HMKPt1E2zQ pic.twitter.com/ggqdFuwrIi

Shows you the worth of the player!

Cricket will never be the same without Shahid Afridi. We shall never look at Team Pakistan the same way we did when he had Afridi. He was the heart and soul of our entire cricket world. How many aspiring athletes look up to him! His legacy will remain alive. 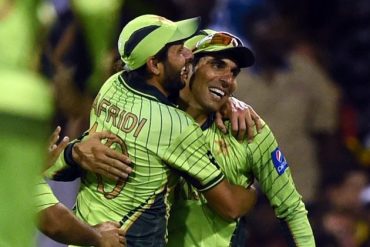 Let’s hope Shahid Afridi gets a farewell match in his honor.

This Unique Tune Of Our National Anthem Is The Best Thing On YouTube These Days!
Altaf Bhai Makes Eyebrow-Raising Claims In His Live Video And Leaves Everyone Shocked
To Top