Shahid Afridi might play his Farewell Match against West Indies 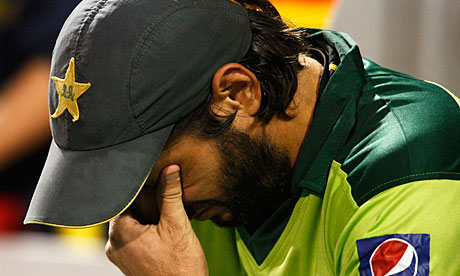 Legendary cricketer Shahid Afridi has requested the Pakistan Cricket Board to give him a farewell T20 match in the upcoming series against the West Indies as he is planning to retire after that. This comes after he was unable to make the final XI in the T20 match against England. It has been reported by Express News.

Shahid Afridi has great contributions for Pakistan cricket however he recently lost his touch. Great with the ball and unpredictable with the bat, he has been a treat to watch in his two decade long career. He has played 27 Tests, 398 ODIs and 98 T20Is in that period before announcing retirement from all formats except T20Is. Dead honest with the team and a patriot, he has had a taint free career.

Pakistan has seen many legends ending their careers without the respect they deserved and Shahid Afridi surely doesn’t want to repeat their fate. Great Batsman Inzamam ul Haq is the most recent example who got a farewell match and Afridi with his great services for Pakistan surely deserves the same.

Speculator all rounder, crowd puller, the guy who drove Pakistan to the fairytale victory in 2007 T20 World Cup, is set to end his international career. Pakistanis took to Twitter to express their feelings at this news.

Sad that Afridi is having to request PCB to give him a farewell match. Should have retired in World T20 with grace. pic.twitter.com/MuuzJ8dBiU

If it's true, a brilliant idea. @TheRealPCB thinking of a wonderful farewell to Shahid Afridi. It's the best time to get retirement Sir❤❤❤

#Afridi is getting retired from T20 Cricket too. Noooooo! 😭

It is safe to say that there never was an Afridi before and there never will be. We hope PCB gives him more than what he expects. Thank you Afridi for your tremendous services for Pakistan!