Shahid Afridi Had Lunch With These Laborers In Dubai

Today is Shahid Afridi’s birthday and we bring you latest news concerning the kind of man Afridi is!

Afridi is easily the favorite cricketer of many people. As soon as this guy shows up on the pitch, the crowd is uplifted in a euphoric mood because what is always expected of Afridi is a formidable showdown of boundaries after boundaries. He sometimes gets dismissed at the expense of attempting to score boundaries, though, but that’s what makes Afridi, Afridi and we are quite accustomed to it now. 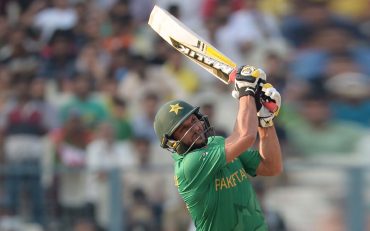 Anyway, Shahid Afridi just took retirement from International cricket. He will not feature for Pakistani cricket team in ODI, T20 or Test matches either. Although, he has not taken his decision to retire seriously in the past and has always come out of it. But this time, it does not look at the way at all. Afridi has retired and PSL happens to be the only platform where we could see him.

Following retirement, Afridi has primarily engaged himself in philanthropic works. He knows his reputation, image and the level of his fanfare. The Shahid Afridi Foundation is caught carrying out activities every now and then centering the man, Afridi himself. 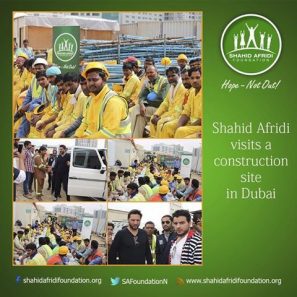 They have managed to play the cards again and win the hearts of people.

Recently, Shahid Afridi had lunch with labors in Dubai and simply won their hearts!

Former captain of Pakistani cricket team and all-rounder, Afridi showed up randomly at a construction site in Dubai where labors were gathered. He joined the labors and had lunch with them in the most humble way!

Prior to that, Shahid Afridi successfully released Pakistani prisoners after signing a pact with the authorities in the United Arab Emirates. He has been consistently praised by the Dubai police for his credible works for people. 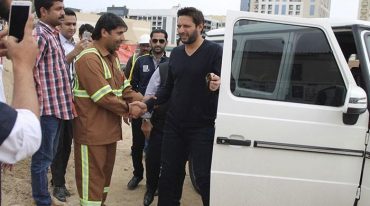 How cool is it to spare some time from your busy life and make someone’s day? Just the kind of man Afridi is, it is surely expected of him to do it!

Afridi realizes his image in the minds of people is supremely important and he makes the best use of his popularity. You do not have to be exclusively a supporter of Shahid Afridi to acknowledge and appreciate the gesture. 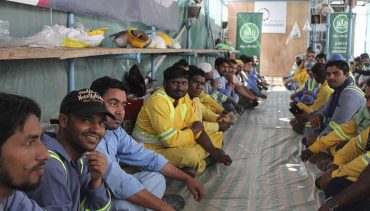 So, lately Afridi outshines off the pitch, he also managed to outshine on the pitch last night during the match between Peshawar Zalmi and Quetta Gladiators. It is always a pleasure to see Afridi scoring sixes – in other words, the sky is blue – and last night was a display of the same!

We wish Shahid Afridi a very Happy Birthday! Hoping he will have a great day and all the great luck in the second semi-finals to him and his team Peshawar Zalmi against whoever wins tonight between #KKvIU.