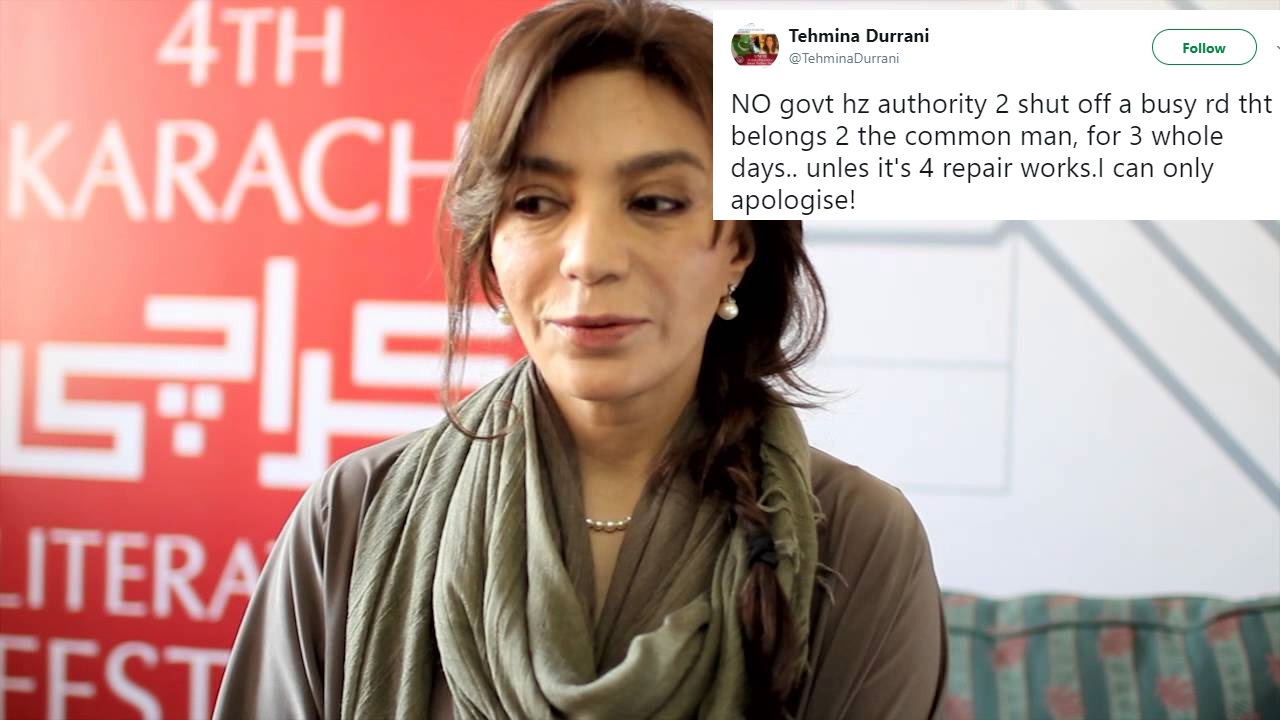 The political drama happening in Pakistan has taken the country by storm. The population of this country is literally divided in the order to prove their support for the side they are on. Amidst all of this, Pakistan is at stake and everything is turning upside down from the past few days.

On the other hand, PML-N has lost a lot of supporters after the dismissal of Mian Nawaz Sharif as the Prime Minister of Pakistan. With him being declared as “incompetent” after the JIT verdict, a lot of people have stopped supporting him. Seems like his brother Shahbaz Sharif’s wife Tehmina Durrani dismisses her support for the party as well.

In the tweets made by Tehmina Durrani, she showed how she dislikes the party members and asked Nawaz Sharif to dismiss them on urgent basis. However, though, she also advocated how the party does not hold the authority to block the GT Road because of their rally.

NO govt hz authority 2 shut off a busy rd tht belongs 2 the common man, for 3 whole days.. unles it's 4 repair works.I can only apologise!

She Blamed the Advisors of Nawaz Sharif for Make Such Decisions

Mns sb ur advisors r immature, untutored in vision, ur welfare & ur role ! They lost it 4 u ! Pak is a complicated nation, they don't Know!

Her tweets redirect to how the advisors must have instructed Nawaz Sharif to choose GT Road and get it blocked.

She Then Mentioned how Nawaz Sharif Should Fire his Media Team

The same social media team was tweeting pictures of Qadri’s funeral, bluffing people to think this was PML-N’s rally.

I pray that MNS sb arrives home safely….and fires all his advisors SOS

Finally, She Mentioned how She has the Freedom to Talk about Anything and There’s no Rift in the Family

Thrs NO rift in th Sharif family. My past proves I spk 'freedom'. CM responsible 2 save 'the day ', is a ruthless & uncaring demand on him!

Safe to say, at least there is someone in the party who understands what is happening and is confident to share it with the world. If what Tehmina Durrani is saying is correct, PML-N need to work on this!

The Curious Case Of Chaudhry Nisar And Nawaz Sharif — What Exactly Happened?
A 9-Year-Old Child Was Killed By Nawaz Sharif’s Motorcade And Pakistanis Want Answers
To Top