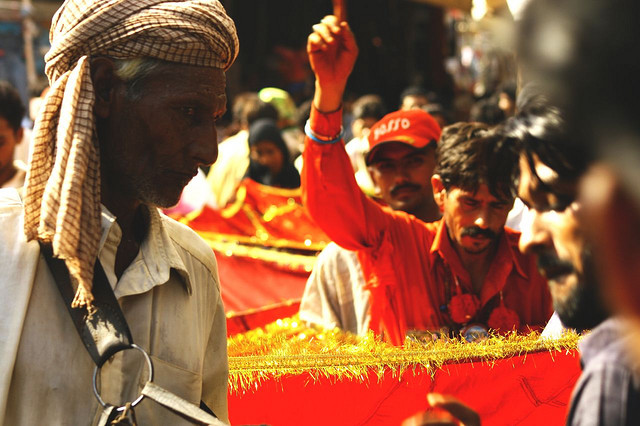 Temperatures were recorded to be around 45 to 47 degrees.

However, all 74 deaths were not caused by the heat since 4 individuals died of drowning as well. Around 51 deaths were recorded on Thursday evening while 4 died later on Thursday night.

The deputy commissioner of Jamshoro Suhail Adeeb Bachani said the recurrent breakdown in the electric supply was responsible for the deaths. â€œThe outages disturbed the supply of water and created a suffocating environment,â€ he said. Chief Minister Qaim Ali Shah, who performed the closing ceremony for the urs on Thursday evening, was asked if he would initiate an inquiry against the officials responsible for organising the event. â€œWeather is a natural phenomenon and the heat led to an increase in deaths,â€ he responded.

â€œOur ambulances kept getting caught in the high volume of traffic. A seven-year-old child who required urgent medical help died in the ambulance en route to the hospital due to the influx of vehicles of devotees here,â€ Mairaj said.

Edhi volunteers discovered 20 unidentified bodies, 16 that were then buried in a local graveyard. The other remaining dead bodies were transferred to the respective homes of the deceased in Punjab and Sindh.