This Video by Shafaat Ali on Khwaja Asif's Disqualification Is the Best Thing You'll See Today!

Yesterday, news broke out that Khawaja Asif, the foreign minister of Pakistan was ruled out by Supreme Court of Pakistan. His imminent disqualification sparked an imminent outrage among many PML-(N) supporters. Meanwhile, the opposition and others were overjoyed to hear the news. 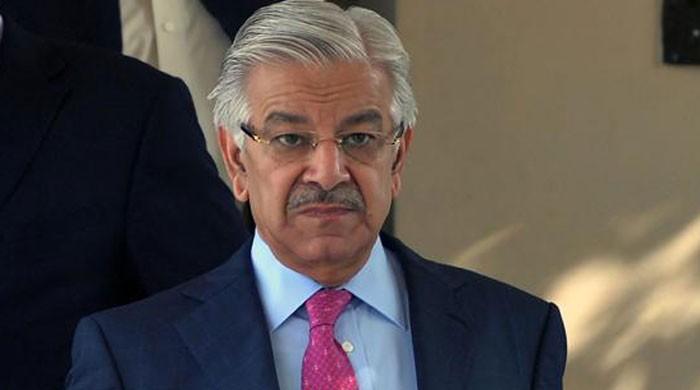 Khawaja Asif is one of the most prominent PML-(N) members and his tenure at Ministry of Foreign Affairs was shortlived. However, he made headlines continually with his political stances which often involved him taking jabs at PTI members. Maryam Nawaz too had a meltdown on Twitter. Meanwhile, Pakistanis continue to stretch the whole situation and Syed Shafaat Ali joined the bandwagon. He’s back with his iconic mimicry and took a huge jab at the whole situation!

This guy just doesn’t spare anyone. It’s a wonder how he can pull off anyone’s imitation and can do it so well. You give him anyone and he would absolutely nail it. Syed Shafaat Ali is an absolute gem of our entertainment industry. His popularity continues to grow and he’s a reflection of what you call a true artist. It’s amazing that you can watch, rewatch and keep on watching and never get tired of his videos ever!

Not the first time Shafaat Ali has done some really good mimicry! He’s absolutely hilarious and we love him.

One of the Largest Solar Power Plant in the Education Sector of Pakistan Installed at UCP!
This Pakistani Pop Artist Is Taking Over the Music Industry With His Stunningly Soulful Voice
To Top