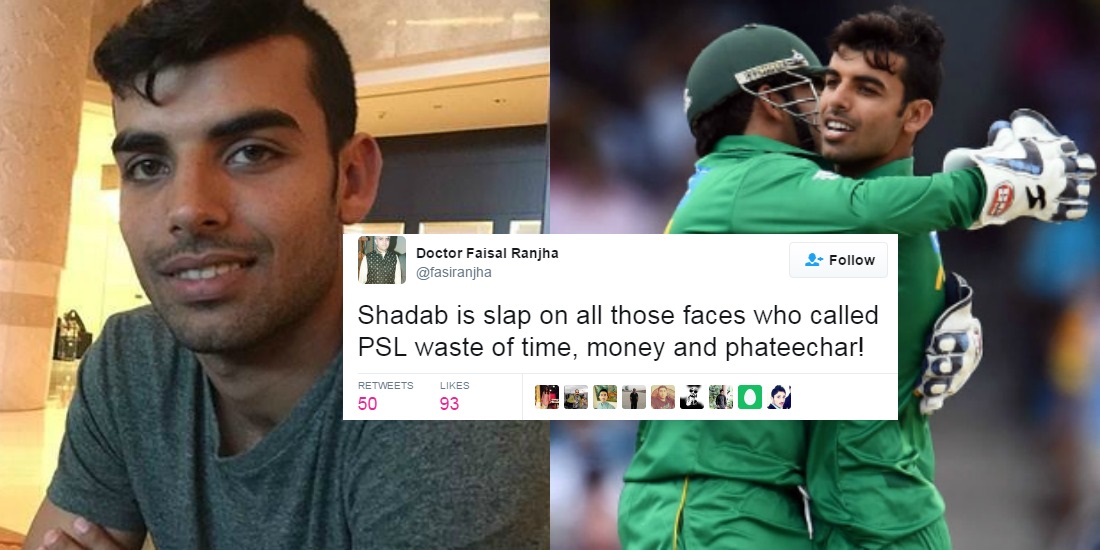 We knew the Pakistani Super League-2 was going to bring us the best youngsters and hidden talent among our ranks, even when millions around the world doubted us. After the success of PSL, Pakistan’s first T20 match against the West Indies proved to be a fruitful encounter for young and talented Shadab Khan.

The extremely talented spinner who played for Islamabad United in the PSL, earned his T20 debut against the Windies after terrific performances in Dubai. Captain Sarfraz Ahmed was confident pre-hand that the colt would put in his best effort and this led to the captain giving him a spell of 4 hours, which is the max you can bowl in a T20 game. 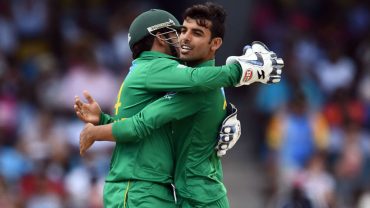 As Pakistan resisted the hosts to 111 in 20 overs, Shadab bowled a magical spell of 3 for 7 in 4 overs, the most economical spell in a T20 debut. Shadab is also the second Pakistani who earned the Man of the Match award on his T20 debut after Shahid Khan Afridi. As Shadab performed during the match, Pakistanis were full of praise for him and his magical spell left them spellbound.

This is how exuberant Pakistanis reacted to Shadab’s spell

Shadab is slap on all those faces who called PSL waste of time, money and phateechar!

The @thePSLt20 gains — one on show here in form of Shadab Khan. What a dream debut he is having in int’l cricket. Brilliant hero #WIvPAK

What a dream debut! Shadab????

Most Dangerous Weapons on Earth:

We didn’t win the psl but we gave you shadab khan, be thankful bitches #WIvsPak #islunited

Wow. What an amazing performance by the youngster. Hopefully he will only go up from here.#Shadab pic.twitter.com/prpxzkyaLi

A terrific performance by Shadab Khan in his debut match. Great to see emerging talent excel right from the start! #WIvPAK

Shadab’s spell and his dangerous googly is being admired by some famous names in cricket. Bowling, such an economical spell, with such confidence serves as a terrific start to his international career and our hopes and prayers rest with him. May Shadab grow high in the ranks of the Pakistani team and make the country proud just as he did yesterday.

Here’s Everything You Need To Know If You Plan On Giving CSS Exams In 2018!
Top Theme Parks Of The World You Need To Visit Before You Die
To Top