Shabnam Is An Amazing Highlight Of The Lux Style Awards And Even Had Saba Qamar Getting Emotional|Parhlo.com

Pakistani and Bangladeshi actress Shabnam is Lollywood’s legend who gives the industry its rightful name. She is one of the oldest actresses with a career that dates back to the ’60s. Moreover, her acting career is so impressive that she has appeared in about 170 films. She is still active and showcases her skills on screens.

Shabnam At The Lux Style Awards 2019:

Just as the recent Lux Style Awards have been the talk of the town, Shabnam’s arrival has made headlines as well. She arrived in Karachi to attend the award ceremony, and everyone gathered round to catch a glimpse of the Lollywood star. A photo of her is posted online with the caption, “Shabnam, the legendary actress who has been gracing Pakistani cinema for the last few decades finally arrives in Karachi for Lux Style Awards 2019!”

These award shows aren’t complete until legendary Pakistani actors get to make an appearance! It seems like Shabnam’s presence made such an impact that actress Saba Qamar ended up shedding tears. Saba paid tribute to the inspiring career of Shabnam through dance performance and considers her as a symbol of pride.

The Lux Style Awards have been full of mind-blowing incidents, especially the announcement of Yasir Hussain and Iqra Aziz’s engagement. Hussain proposed to her at the ceremony and showered Aziz with tons of kisses. Even though people tend to dislike the couple because of their on-going controversies but many admit that the gesture was sweet.

Read Also: Here’s The Massive Difference Between Lollywood Vs Bollywood That You Need To Know About!

Many famous celebrities like Atif Aslam and Faysal Quershi also took the time to grab a picture with Shabnam. It is natural to want to share a shot with one of Pakistan’s prominent actresses. Even if one might be a huge celebrity themselves.

In the previous year, actress Shabnam addressed her concerns after leaving Pakistan for her father “It was very painful for me but I did it for my family, especially my father, who suffered from a heart attack in Bangladesh while I was in Pakistan,” it seems that she thoroughly enjoys her time in Pakistan, and doesn’t wish any separation. 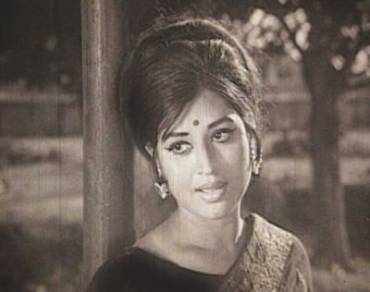 She also said, “I lived and worked for almost three decades in Pakistan, how could I forget the people who gave me so much love and respect,” hence, proving that Pakistani people will always be hospitable. Regardless, about the entertainment industry in Pakistan, she believes that the newer generation will be a greater source of change for it. According to her, Bangladeshi and Pakistani cinemas are the same, “It is in the same condition as Pakistani cinema nowadays.”

Her career has definitely been fulfilling and hopefully, her legacy will continue for long. Here is the much-awaited picture of Qureshi and Shabnam gracing the awards with their lovely presences.

What do you think of the situation? Did you enjoy watching the Lux Style Awards or did it seem lacking somehow? Will Shabnam ever be forgotten? Share your thoughts!

History Of Buddhism In Gilgit Baltistan Dates Far Back And It Can Boost Our Tourism!
PM Imran Khan Will Not Live In Expensive Hotels On His Trip To USA To Save Pakistan’s Money!
To Top