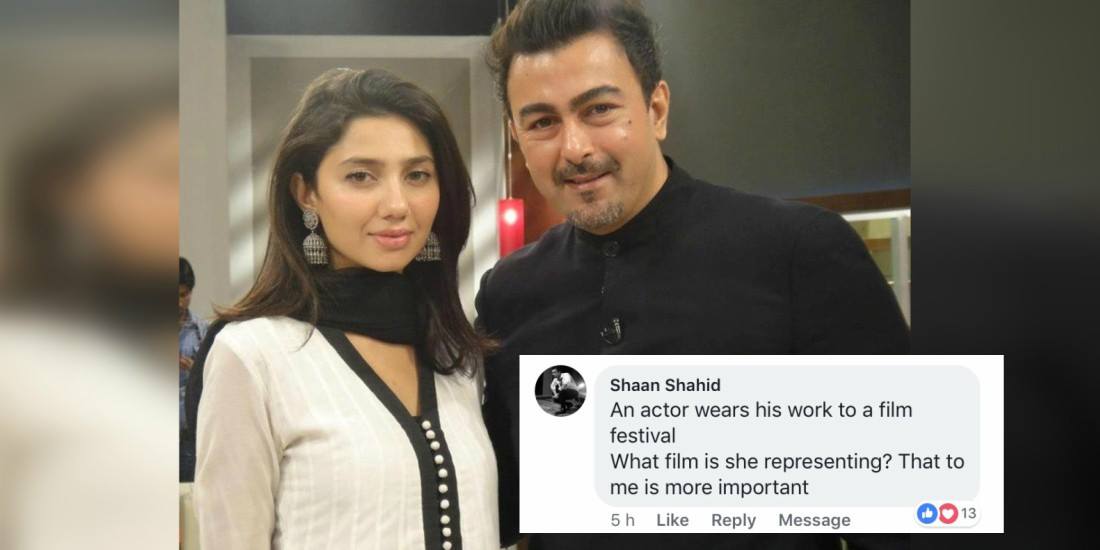 But there have been many speculations since the day Mahira Khan had announced on her Instagram that she’s making her debut at the Cannes Film Festival. However, many big names in from the Pakistani entertainment industry were not impressed by this.

Here’s what famous film star, Shaan Shahid had to say about Mahira’s debut at the film festival:

An actor wears his work to a film festival!” he stated. “What film is she representing? That to me is more important,” he added.

Well, he sure seems disappointed. We all know that Shaan Shahid takes pride in being blunt and not mincing his words, due to which he tends to bring down other celebrities in the industry. And yes, this happened before as well. And this time, it was Mahira Khan.

When did #Cannes stop being about films and start being about fashion? ? The social media assault vis-à-vis what women are wearing is a bit much. Call me old fashioned but i want to know more about the films & the craft. Not a fan of this fashion takeover!

Yeah, Adnan, you kinda make sense here and it is indeed a sharp observation you’ve made here.

Well, Shaan should be proud of the fact that Mahira Khan will be representing Pakistan at an international film festival which is a huge deal! It’s a big achievement nonetheless, and we should not bring each other down! Let’s be good team players, no? And Shaan, we really hope you make a film that can be presented at the Cannes Film Festival soon!

Recent Posts
Trending Posts
Novel Coronavirus Awareness Message
Avoid touching your eyes, mouth and nose.
Avoid close contact with individuals that are sick.
Clean household objects that are frequently touched.
Wash your hands regularly for at least 20 seconds
Urdu
#UberMOM Is About To Surprise A Lot Of Mothers And You Need To Know How!
Call Breathes Life in the Most Patriotic Chant – Pakistan Zindabad
To Top