The Pakistani entertainment industry is filled with amazing people and these celebrities are always trying to put their best out in the public for their fans. However, the most comical thing that happens is, when we get to see a humorous and cute banter between each of them once in a while.

A very similar such incident occurred where the two most well-known and highly admired celebrities Shaan Shahid and Humayun Saeed got into a Twitter banter. Shaan always tries to make sure that he is making the rounds in the news. It can be due to his opinion on the media industry’s direction, or because of the Turkish dramas airing in Pakistan. 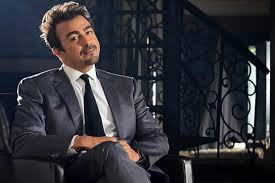 He is always criticizing and schooling the entertainment industry and the people for their incorrect stance, or wrong wordings, etc. However, it seems this time, Shaan might have taken the bull by the horns; as he tried to school the handsome Humayun Saeed out of the blue.

Now you might be thinking what went down between these two stars that got them feuding or arguing on Twitter. Just today, someone shared a photo of snacks or chips, which were named, Meray Pass Tum Ho, ironic right? However, seeing this, Humayun Saeed retweeted them, with the caption ‘hahahaha’.

Therefore, Shaan saw this opportunity to raise a few questions; we experienced the Waar star, schooling, the Meray Pass Tum Ho hero in the thinnest argument ever.

Above all, Shaan tried to tell Humayun about the importance of admiring the love of his fans. In addition, he also added that Humayun should accept his fans for who they are instead of mocking them. 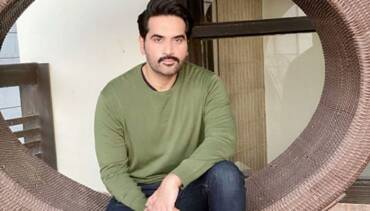 Now usually, we might think this isn’t something big, but Humayun isn’t someone who would take criticism well. He immediately replied that he wasn’t making fun of his fans; as a matter of fact, he loves and admires them a lot.

It is because of the love he gets from the public, he is what he is today. And isn’t that sweet?

Yeh mazaq urranay wali hansi nahi thee bhai khushi wali hansi thee. I am who I am because of the love of our people, there's no way I can ever take that for granted. Like I can never take you for granted. You should know better brother 😊 https://t.co/OsymyQtisl

Moreover, Humayun added that he could never take the love of his stars for granted because he equally admires them for their innovation and love.

Although, it wasn’t much of an argument, let’s hope it stays as minimal it is right now. We have seen Shaan at his worst and at his best; although, both stars are equally loved and admired for their incredible performance, let’s just hope that their banter is something temporary and doesn’t diverge into something unpleasant for both the stars and the public.

We also hope that both stars, avoid thin arguments and keep providing us with interesting content and a lot of entertaining shows with their groundbreaking and incredible performance real soon.