As far as one can tell, the water supply pipes as a result of being exposed to the sewer pipes have become contaminated. It is to be noted that since water tankers are not exactly affordable, it has increased lots of difficulties for the locals of that area. 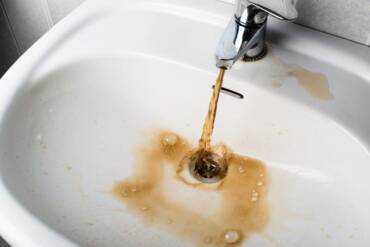 As water is not available for basic amenities, even bathing and cooking have become a luxury for the locals. Moreover, it seems almost unlikely for them to meet their basic needs. In addition to this, the helpless situation forces them to rely on private water tankers. Let’s not forget how the tanker mafia charges exorbitant prices.

Wasay Jalil, a former spokesperson of the Muttahida Qaumi Movement (MQM) took the matter to Twitter.

Jalil talks about how shameful it is of the provincial government to not look into the matter. He blames Pakistan’s People Party (PPP) for the subject-matter.

Sharing a clip of the news regarding the water line problem in an area of Karachi, Jalil gives his two cents on the matter.

Sewage water which at first started to accumulate on the streets has now found its way to water supply lines. The Karachi Water and Sewerage Board (KWSB) has proved to fail to resolve the issue.

In addition to this, in various blocks of Gulberg Town, the locals are forced to drink the sewage mixed water. Moreover, regardless of putting forward a complaint to the KWSB, no action has been taken yet.

The helplessness of the locals

As a result of this, the water motor pumps give off a foul odor. The locals have no choice but to tolerate the smell of sewage. Not only that but also since the taps are bringing sewage water, it has led to further problems. 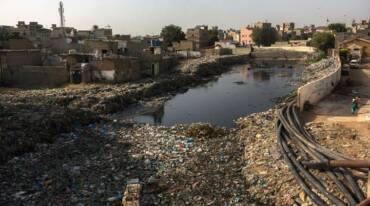 The helpless residents of that area do not have water for even basic amenities. Additionally, the women of these households are severely disturbed and affected by this. Sadly, these locals have no choice but to cook and bath in this sewage mixed water.

Furthermore, the MD and Chairman of the Water Board have proved to be useless in times of need. As the tanker mafia never misses the chance of exploiting the water crisis situation, people are unable to afford water tankers. Consequently, they are forced to drink contaminated water.