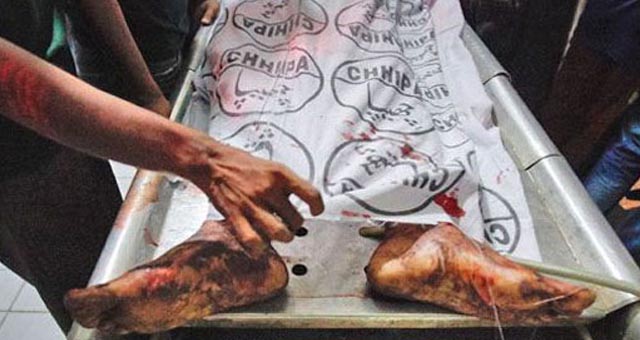 KARACHI: Seven bodies were recovered on early hours of Monday from Manghopir area of the metropolis whereas a superintendent of police (SP) was also gunned down in Korangi area, DawnNews reported.

All seven bodies found near Manghopir’s Ijtima Ground Karachi were bearing torture marks. The victims had their hands and legs tied up with ropes.

According to police sources, three out of the seven deceased hailed from Swat and were members of a banned militant organisation.

Rescue teams claimed that the victims were shot in the head as well as in the chest.

The bodies which have not been identified yet, were shifted to Abbasi Shaheed Hospital.

Also a superintendent of police (SP) was shot dead by unidentified men in Korangi’s Bilal Colony. The victim was shifted to Jinnah hospital.

Karachi, the largest metropolitan city of Pakistan, is riddled with targeted killings, gang wars, kidnappings for ransom, extortion and terrorism.

Targeted operations led by Rangersâ€™ forces with the support of police are ongoing in the city under a directive issued by the federal government against criminals already identified by federal, military and civilian agencies.