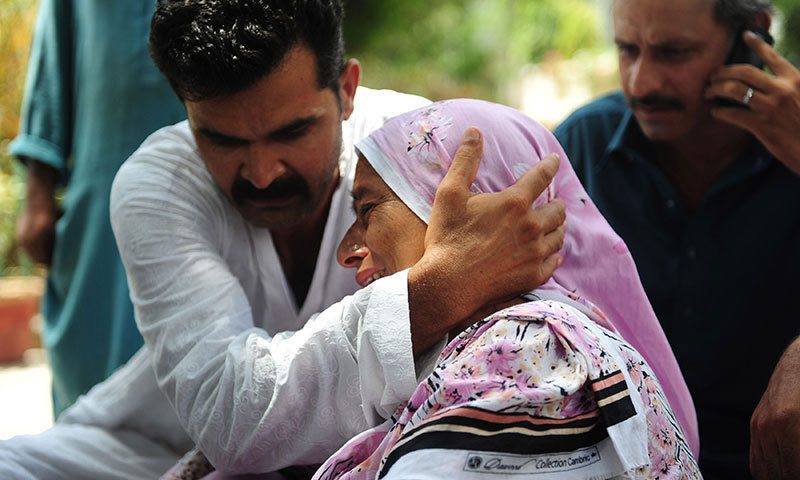 The rescue operation continued nearly for 28 hours. The rescue workers finally broke down three walls of the cold-storage facility to retrieve the victims.

Meanwhile, talking to media persons Sindh Health Minister Dr Sagheer Ahmed said that the corpses were immediately shifted to Jinnah Hospital for DNA tests in order to identify them, after which they would be handed over to their relatives.

Ahmed said that the bodies were badly burnt and were beyond recognition and the process of identification would take three weeks time.

He added that if the deceased could not be identified, they would be buried after being provided temporary identification.

One of the Airport Security Force (ASF) personnel was still missing, Ahmed claimed. 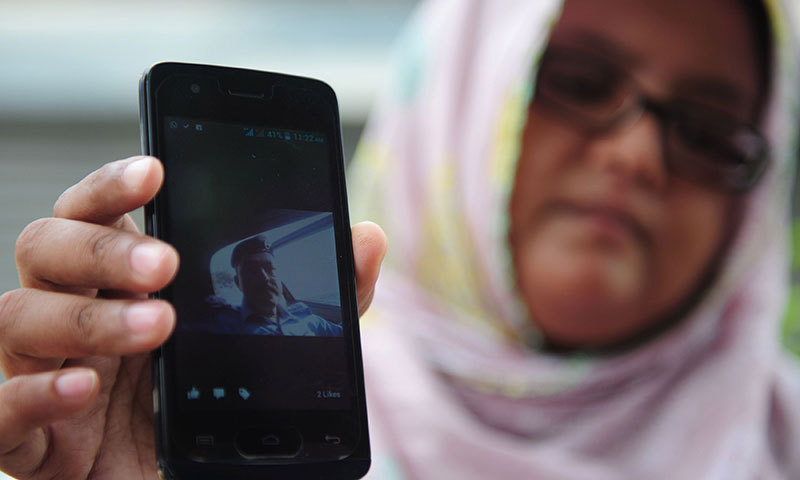 According to sources, the deceased were employees of a private cargo company.

Due to the fact that Civil Aviation Authority (CAA) lacked heavy machinery, many prominent social workers voluntarily sent cranes to rescue the victims.

The army also assisted in the recovery of bodies in the rescue operation.

The deceased had taken refuge in the cold-storage facility to escape the carnage where they were earlier trapped.

â€œWe are looking into this and according to the families some seven people were trapped inside the cold storage and were in contact with the families on cell phone,â€ said Abid Qaimkhani, a spokesman for CAA.

Earlier last night, the families of seven airport workers had blocked Shahra e Faisal demanding that authorities work towards freeing their relatives who were trapped.

While speaking at a press conference held at the airport last night, Federal Interior Minister Chaudhry Nisar Ali Khan had said that at least 19 security personnel including 11 Airport Security Force (ASF) personnel were killed in the brazen attack.

He added that the main target of the assailants was to destroy aircraft in which they failed and that two or three aircraft received minor damages which were easily reparable. 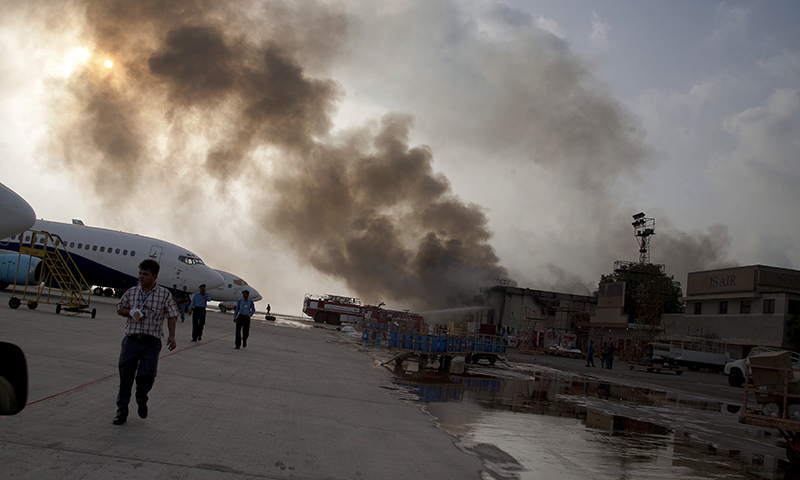 On Sunday night, at around 11.20 am, the assailants were said to have forged fake ID cards to pose as ASF personnel and had managed to enter the area that way.

The militants carried out the attack from three different sides, while there were reports that two terrorists managed to get inside a plane.

The 12 hour operation against the attackers was successful and all militants were eliminated. On Monday afternoon, the airport was handed over to CAA and was opened for general public.