One of Pakistan’s most seasoned and veteran voices, the Ex-Interior Minister and one of Pakistan People’s Party (PPP)’s most senior leaders, Senator Rehman Malik has come out with a statement that has put terror factories Daesh and RSS (Rashtriya Swayamsevak Sangh) under immense scrutiny in South Asia once again.

As per Senator Rehman Malik’s deep insight on regional conflicts and matters of South Asia, the two militant organizations, Daesh and RSS, will have huge parts to play, where they will try and destabilize accumulation of peace in the region very soon. 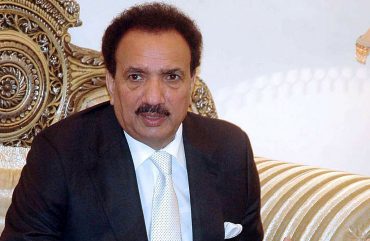 In a recent interview, Senator Rehman Malik stated that personnel of militant organization Daesh, which is supposed to be an ‘Islamic’ organization, have been getting their terrorist training in India and Afghanistan.

In Senator Rehman Malik’s words, “the nexus of Daesh and RSS would prove fatal for the region,” as he correctly points out the similarities in both organizations, regardless of their religions and beliefs. Furthermore, he also coined terms for the organizations that have since become very popular with the general public, which is ‘Daeish-ism’ and ‘RSS-ism’.

The Senator further shed light on how Daesh and RSS formed a nexus, which gave birth to the deadliest terrorist attack in Sri Lanka’s history, targeting both Christians and Muslims. This new nexus will now focus on targeting minorities in India, putting a massive negative impact on the peace which reigned in South Asia. 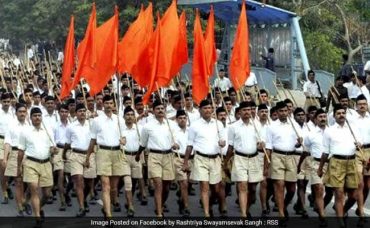 Quoting his upcoming book on the said subject, titled: “Daesh-ISIS-Rising Monsters World Wide”, Senator Rehman Malik explained that the book had all the fundamental knowledge needed about the role of this nexus in destabilizing world peace through inhumane means and manners. He further exclaimed that ISIS (Daesh) Chief Abu Bakar Al-Baghdadi had been living in Turkey and has since moved to Kunar, Afghanistan while maintaining command in two districts of Kunar.

The bureaucrat-turned-politician also endorsed that Bharatiya Janata Party (BJP)’s election win in 2019 was subject to the same policies of RSS and India’s emphasis on spreading terror in the region. Modi, a demagogue in shape of a political leader, has secured another term at India’s helm and his plans are not hidden from anyone.

As per Senator Rehman Malik, the Pulwama Incident, where a host of Indian soldiers died, was an inside job done by Modi to secure votes in the upcoming election, which he successfully did.

Senator Rehman Malik also pointed out the theory of Hindutva and how Modi planned on ridding Muslim majority in Indian Occupied Kashmir through his nefarious plans, also bidding to a build a temple on the place where Babri Masjid once stood.

While the relation between India and Pakistan has been in hot waters, Senator Rehman Malik predicts the deadlock will not be broken, instead, more trouble is expected from across the border after proven cases of espionage and sabotage similar to that of Kulbhushan Jadav, the RAW agent in Pakistan’s custody. 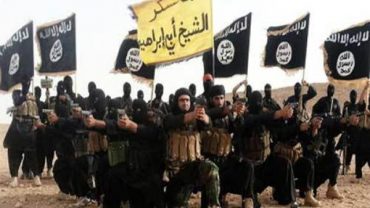 Still being the only sane and vocal voice on the Samjhauta Express bombings from 2007, Senator Rehman Malik delivered a clear message to India, that he and Pakistan would pursue the case till its end and make sure those responsible are held accountable. Emphasizing a win in the particular case, the Senator also said: “It is regretful that those involved in 2007 Samjhauta Express bombing have been elected and now they would be visible in the cabinet of Modi!”

All in all, it has become clear that Pakistan, in all its entirety, needs to stay aware of the agendas of Daesh and RSS, being South Asia’s most strategically important country. The experienced insight of Senator Rehman Malik should be pursued by concerned authorities and the general public must remain ready for tough times ahead as well.

This Letter From Cpt. Hassan Javed Written For His Family 15 Hours Before Shahadat Will Break Your Heart
Nasir Khan Jan Is Owning Twitter By Trolling ‘Aunties’ And The Internet Is Impressed!
To Top