According to the police, senior lawyer and former president of the Supreme Court Bar Association Latif Afridi was killed in Peshawar High Court on Monday after gunfire inside the bar chamber.

He was sent to the Peshawar Lady Reading Hospital right away after the event, where he passed away while receiving medical care, according to Muhammad Asim, a facility spokeswoman. 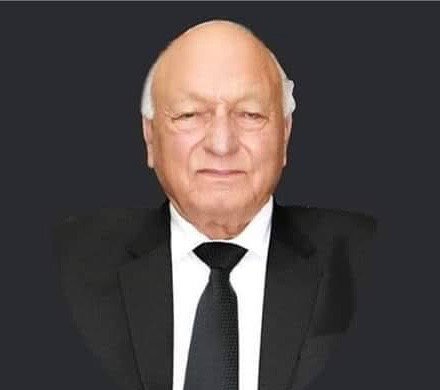 Afridi was being shot at when he was seated in the PHC bar room with other attorneys, according to Senior Superintendent of Police Kashif Abbassi, who spoke to Dawn.com.

The officer replied, “The police have detained the culprit and identified him as Adnan Afridi,” indicating that the attacker was a relative of Afridi.

He told that the attacker’s little weapon, identity card, and student card had all been found.

Abbassi added that the police thought the attack was committed out of “personal animosity.”

Aftab Afridi, a Swat anti-terrorism judge, was the cousin of the attacker and was murdered in a shooting last year. Latif Afridi and his family were named as suspects in the crime, but a court in Swabi that deals with counterterrorism eventually found them not guilty.

The Peshawar High Court Bar Association, on the other hand, called the occurrence a “security breach” and questioned how a guy with a weapon was able to enter the bar area.

It is important to note that the PHC bar room is situated on the high court’s grounds. At the PHC’s entrance, strict security is frequently in place, and entry is only permitted with proper identification.

Shehbaz Sharif, the Prime Minister, expressed great sadness and anguish over the “brutal killing” of the renowned lawyer.

“I pray that the grieving family bears this loss with strength. The deterioration of law and order in Khyber Pakhtunkhwa is concerning,” the PM said, adding that the province administration should take appropriate action in this respect.

Asif Ali Zardari, a former president, denounced the killing of Afridi and praised him for his steadfast support of democracy and opposition to terrorism.

Ahsan Bhoon, a former president of the SBCA, expressed outrage at the killing of the senior attorney and said that Afridi had always spoken up for those who were denied their rights.

In an interview with Geo News, Bhoon stated, “He was a part of the students union in his youthful days and afterwards he joined the ANP,” adding that the dead attorney had also gone through difficult times under martial law during the administration of former dictator Ayub Khan.

Afridi, according to the former SCBA president, was a fervent supporter of democracy. “Throughout his life, he battled all anti-democratic influences.”

Lawyers were not even protected within the courtrooms and bar chambers, according to a news statement from LHCBA President Sardar Akbar Ali Dogar and Vice President Sohail Shafiq Chaudhry.

Additionally, they requested that the government provide safety for the lives of attorneys.