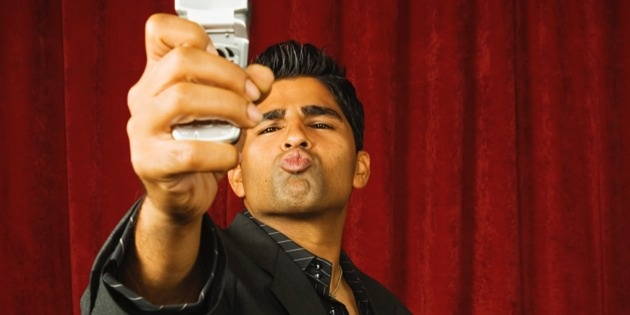 Selfies have made their way as a great past time for today’s youth, especially girls. Social media is filled with accounts of people posting selfies in all sorts of poses. The craze has led to many attempting suicides and ‘selfies’ to become an official word in the Oxford Dictionary.

So do you love taking selfies? No? You must know someone who does, don’t you? And are you not tired of seeing them taking their own portraits for no apparent reason? Puzzled with their behavior? Cannot fathom why they indulge in such hobby? Well. Let Parhlo break the answer to you.

Growing number of selfie addicts are likely to have some kind of self-obsession; more importantly obsession with their own looks. Two out of three patients suffering from Body Dysmorphic Disorder (a disorder when a person becomes obsessed with imaginary defects in their body) are habitual of repeatedly taking and posting selfies on social media sites. This was stated by Psychiatrist Dr David Veal.

Such obsession has led to people hurting themselves when they fail to take the perfect selfies. Some have even attempted suicide like the 19-year-old British teenager Danny Bowman who spent 10 hours a day to get a perfect shot. Failing this he lost 30 pounds, dropped out of school and stayed at home for six months trying to get that perfect shot. Upon failing, frustrated, he attempted suicide by overdose before his mother saved him.

The 19 year old said, “I was constantly in search of taking the perfect selfie and when I realized I couldn’t, I wanted to die. I lost my friends, my education, my health and almost my life.” 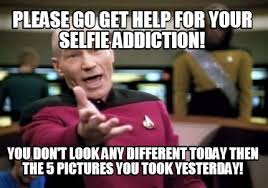 So what leads to such obsession?

Dr Pamela Rutledge says that selfies trigger perceptions of self-indulgence (excessive gratification of one’s desires) and attention-seeking social dependence. She further states that, “[this] raises the damned-if-you-do and damned-if-you-don’t spectre of either narcissism or very low self-esteem.”

And there comes Narcissism…

A person is called narcissist when they indulge in excessive admiration of themselves, more importantly of their physical appearance. The person who suffers from narcissism has an extreme desire to be appreciated by others and for that could go to extreme lengths. They prefer to be praised among other beings. Selfie addiction is therefore, being related with narcissism by psychologists. 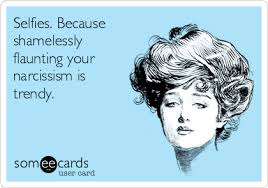 Furthermore, the selfie-addicts are also being related with self-objectification. This happens when a person views themselves as objects and sees their body on the basis of its sexual worth. They base their self-worth on their appearance.

A recent issue of Personality and Individual Differences has taken into account selfie-posting, photo-editing and personality and relationship between the three. It discusses if people who are addicted to selfies are narcissistic and psychopathic, or self-objectifying or if they are both.

The results concluded that those who spend a lot of time on social media sites in editing and posting selfies are closely associated with narcissism and self-objectification while stating that narcissists put extra effort to look their best in those photos.

A selfie a day to keep the narcissism at bay

Pakistanis Are Going Crazy Over The Mannequin Challenge And You Need To Watch Them!
How My Childhood Turned Into A Nightmare
To Top