Actress Sehar Shinwari Alleges That PTV’s Producer Offered Her To Sleep With Him.

When it comes to showbiz industry, scandals, and allegations become perennial. Recently,  Pakistan Television Corporation (PTV) started airing Turkish drama, Ertugrul Ghazi and got immense views on its official youtube account.  The drama series depicts the glorious history of Muslims. However, recently one of the actresses alleges under a tweet regarding Ertugrul Ghazi that one of the PTV’s producers offered her to sleep with him.

The actress Sehar Shinwari says that a producer working in PTV named Rumi offered her to sleep with him. According to the actress, the producer sacked her because she refused to sleep with the producer. The lady further states that she had signed a contract of soap opera with PTV. 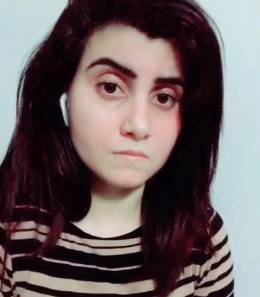 The actor tweeted this on her official Twitter account. “2 years back I signed a contract of soap opera with PTV producer named Rumi in PTV and the next day he removed me just because I refused his offer to sleep with him. I know how they promoted local talent during PP and PML-N tenure. Now at least they’re earning through halal means.”

2 years back I signed contract of soap opera with PTV producer named Rumi in PTV and next day he removed me just because I refused his offer to sleep with him. I know how they promoted local talent during PP and PML-N tenure. Now at least they’re earning through halal means. https://t.co/CF05kswLsQ

Sehar tweeted her statement following a tweet of MNA Nafisa Shah regarding the Turkish drama, Ertugrul Ghazi.  She says the name of the producer is Rumi. Nafisa Shah tweeted, “Why is #PTV promoting a #Turkish soap #Ertugrul? It is a gripping series but can b seen on commercial channels. #PTV should promote our local history, talent&shows instead of basking in the glory of #Turkish medieval warriors! Never seen #PTV getting so excited for our own talent.”

People across Pakistan are admiring the Drama serial Ertugrul Ghazi. As per the MNA Pakistan should promote its own local history. Notwithstanding, Ertugrul Ghazi depicts the glorious history of the whole Muslims, hence it goes with Pakistan too.

Coming back to Sehar Shinwari, The tweet of Sehar regarding offering to sleep fetched certain reactions on twitter.

‘The industry is messed up’

I’m so sorry for this. The industry is messed up, hope you find something much better and greater ❤️

‘There’s a reason why our industry suffers’

Imagine if it’s true that he wanted u to sleep with him….
Just imagine…there’s a reason why our industry suffers

My uncle worked in anak wala jin! Darama he also told us this is common in ptv nd other media to come forward in career with sex

Please tell me ONE actress who doesn’t sleep with men for roles and for money.. Specially the low level ones like you.. Social media per Batein kervalo bus..

The allegations of Sehar are serious. Information ministry and the head of Pakistan Television need to investigate the matter in order to limelight reality.

What do you think about Sehar’s allegations? Let us know in the comments below.