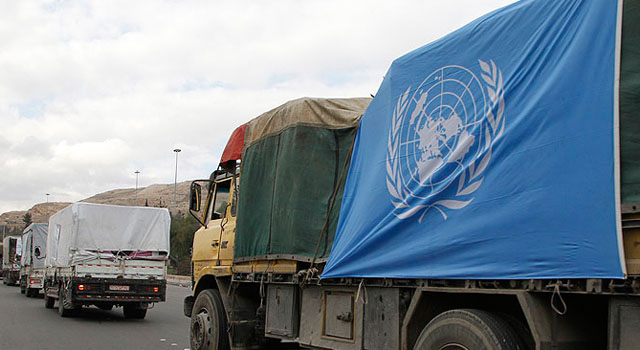 Ban made the call on Wednesday, in his second monthly report to the 15-member body on the implementation of resolution 2139 (2014).

He said: “None of the parties to the conflict have adhered to the demands of the Council. The Security Council must take action to deal with these flagrant violations of the basic principles of international law,” he wrote.

The resolution, unanimously passed in February, said that that “all parties, in particular the Syrian authorities, promptly allow rapid, safe and unhindered humanitarian access for UN humanitarian agencies and their implementing partners, including across conflict lines and across borders”.

But, in his report, Ban said the situation was deteriorating two months on.

“Denying these is arbitrary and unjustified, and a clear violation of international humanitarian law. Yet, medicines are routinely denied to those who need them, including tens of thousands of women, children, and elderly.”

Earlier on Wednesday, five senior UN officials called on those with the “responsibility, power and influence” to end the three-year conflict. The strongly worded statement also said that an appeal to help millions of people had gone “largely unanswered”.

The Security Council is due to discuss the report next week.