The economic and political turmoil Pakistan is currently going through endures the effects of previous corrupt governments which only had personal benefits from the country. The severe charges of corruption and escalated security situations because of the politicization of various crucial elements of the country is now coming back to the evil perpetrators of the mess created. As nearly every big political fish in Pakistan is already serving behind bars, recently, the United Kingdom (UK) police have handcuffed Altaf Hussain too and the nation seems satisfied.

Since the Pakistan Tehreek e Insaf (PTI) government came into power, Prime Minister Imran Khan seems to be fulfilling his promise of cleansing the system from corrupt political influencers and till now, it looks like a success. Back in June, a local court in Karachi issued an arrest warrant for Muttahida Quomi Movement (MQM)’s founder Altaf Hussain in a murder case but then again, nothing happened. Earlier today, MQM founder was apprehended again in London by the Metropolitan Police after Scotland Yard indicted him of hate speech and terrorism.

This video of Altaf Hussain entering the police station from today is going viral on the internet!

As the deteriorating condition of Altaf Hussain is not hidden from the world anymore, his actions and address from London for his followers in Pakistan speak a lot of his mental status too. Three years back, in August 2016, MQM founder Altaf Hussain did a fiery video address from London for his workers back in Karachi which then created havoc in the city. Today, in the morning, Scotland Yard indicted Hussain over his chanting of anti-Pakistan slogans, throwing criticism over the country and provoking his followers to spread violence in the metropolis. 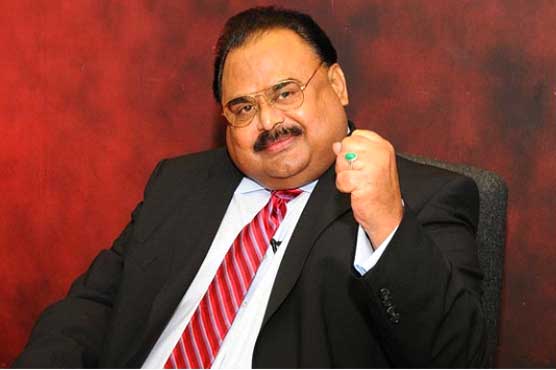 Later, when the MQM founder reached the Southwark police station following his bail end, the Met police charged him under the terrorism act and arrested him till further proceeding. The charges on Altaf Hussain were headed by the Crown Prosecution Services (CPS) he will now be presented before a judge for the verdict. Last year, his statement “Oye, Imran Khan aaraha hai” while showing middle finger created chaos among the masses. Well, the decision of arresting the MQM founder was made after the London police managed to put up enough evidence against him.

What do you think of the news? Let us know in the comments below!

This Girl From Islamabad Is In Dire Need Of Financial Help To Pay Her University Fee!
The CSS Result 2019 Is Out And Only 2.56% Students Passed The Exam!
To Top