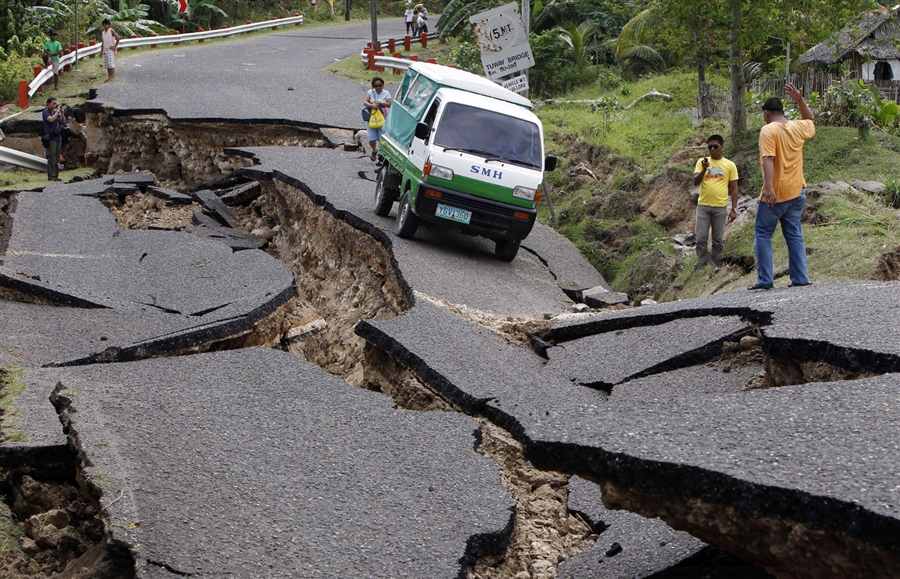 University of TokyoÂ professorÂ Xuan SongÂ cracks open his laptop and shows me a birds-eye view of Japan’s capital city on the day of the 2011 Tohoku earthquake. On that Friday afternoon, Tokyo looks like a multi-chambered heart pulsing streams of neon pink, green, blue, and yellow. The streams are millions ofÂ GPSÂ coordinates logged fromÂ mobile phones, Song explains, and in about 30 seconds weâ€™re going to watch the 16,000-death, 9.0 magnitude catastrophe replay on his screen.

The earthquake strikes at 2:46 p.m., and in an instant, all those dense, white-hot routes evaporate. People are still. Then, as if dazed, a cloud of slow-moving coordinate pairs materializes, churning in and out of the city as people race to find friends and loved ones in the hours of the aftermath.

Japan already has a highly sophisticated system in place to predict earthquakes, but predicting human behavior is another matter entirely. In the hours following the quake, regional authorities struggled to allocate enough resources to the right places. But thatâ€™s whereÂ Songâ€™s research, presented at this year’sÂ KDD data mining conference, comes in. Using GPS data from 1.6 million mobile phones (provided by an unnamed GPS services company) collected the year of the disaster, Song and his colleagues at the University of Tokyo built a model that can now predict where individuals in cities all over Japan will go when the next earthquake strikes.

Itâ€™s a sensitive area for research, but also an analytical feat. On March 11, 2011, Japan was not only struck by the most powerful earthquake in its recorded history, but also hundred-foot tsunami waves, and three nuclear reactor meltdowns. Song and his team were not only able to examine what was going on in Tokyo, but also patterns of human movement fleeing from Fukushima and other prefectures. They watched where people went as bottled water became scarce, trains shut down, andÂ an additional million carshemorrhaged into the jammed streets of Tokyo.

Itâ€™s undeniable that the system–if it holds up in a future earthquake–holds enormous benefits for disaster relief. Based on some 9.2 billion points of GPS data, Song and his collaborators, funded byÂ Japanese governmentÂ grants, built a model that took into account the strength of a personâ€™s social ties, shelter locations, damage levels, government announcements, news reporting, and overall population flow to predict where individuals would move in the event of another earthquake. Based on this information, the model can recommendÂ travel routesÂ forÂ transportation plannersÂ and other types ofÂ resource management.

But the modelâ€™s capabilities can also come off as downright creepy. Retroactively, the model predicted peopleâ€™s movements to friendsâ€™ homes, hometowns, or work with upwards of 80% accuracy. On another slide, Song shows me two moving lines: One, an evacueeâ€™s real trail in red, the other the predicted trail in green. They overlap almost completely.

â€œAs we know, Japan is one of the countries most affected by natural disasters,â€ Song says. â€œThis was a huge disaster for the Japanese people. And there are several other big earthquakes predicted for Japan in the future, with high probability. So if these possible disasters happen, disaster relief is very important. We need to predict where people will go.â€

Song says that data used for the model was provided with permission from the GPS service companyâ€™s users, alerted to the fact that their data might be used for research purposes before they started using those services. It sounds like they signed a general privacy policy, and many disagree about whether privacy policiesÂ can really offer informed consent. Song also pointed out that the data didnâ€™t include names–only coordinates and time. Still, if someone were to see that Person A left a certain address every weekday morning and arrived at an office building, it probably wouldnâ€™t be too difficult to put an identity back together.

Past re-identification concerns, though, it could also be unsettling to imagine a government that can predict personal movements in times of crisis. If weâ€™re eventually able to build models that can predict movements in situations beyond natural disasters, who would decide when these predictive models could be appropriately deployed?

As big data capabilities increase, so will debates over how to achieve this kind of â€œsocial goodâ€ along with transparency, consent, and the ability to opt out. Right now, Song acknowledges that privacy is incredibly important–and that the model was derived from a subset of the population that might not be representative of larger society. In the long run, the model still has much to prove.

Inqilaab Gundh Se Nahi, Jung Se Ata Hai: What All of Pakistan Is Ignoring During The Most Historical Movement!
Nawaz Sharif Makes A Fool Out of Himself On Live Television!
To Top