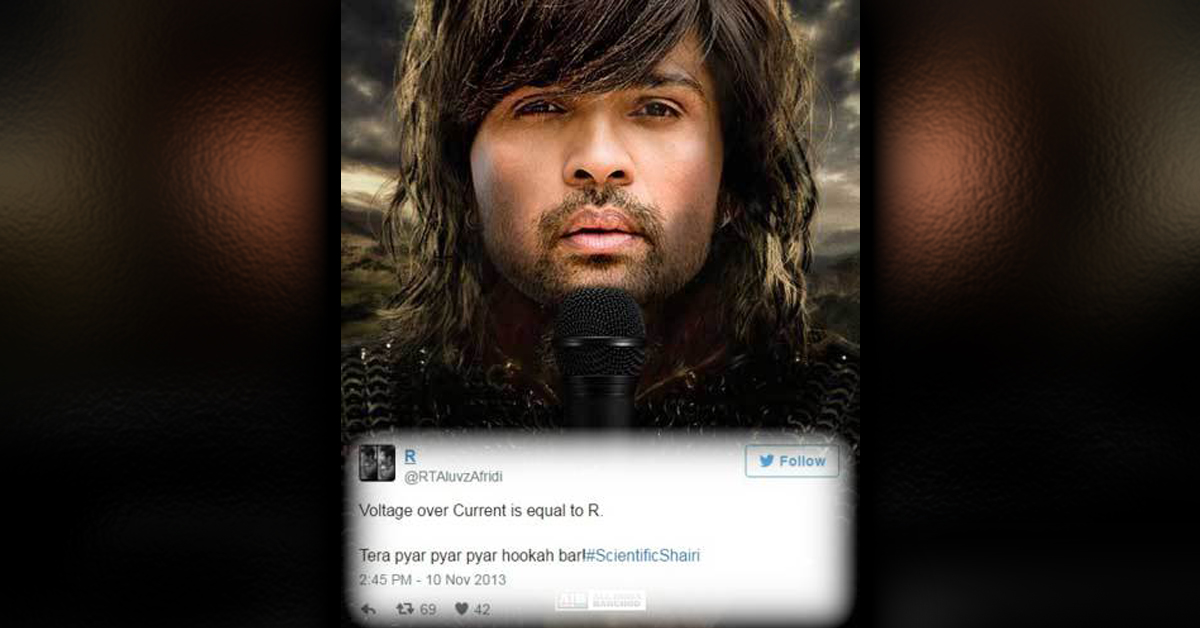 Once upon a time the twitter users from Pakistan decided to trend Scientific Shairi. A trend that included ashaar in scientific terms. It got trended pretty quickly and was considered as one of the best trends on Pakistani Twitter and rightly so.

Here are some of the most hilarious tweets from that trend that will still make you laugh.

Voltage over Current is equal to R.

Kinetic Energy is the energy possessed by a body due to its motion.#ScientificShairi

6. Shia Sunni brotherhood – in the light of science.

What resists motion, is called inertia!#ScientificShairi

11. Elbows should be appreciated more often.

Paas na aya kero itna, duur rakho apni seduction,
To every action there is an equal and opposite reaction.. 😉 #ScientificShairi

So these were some of the most creative jokes in this trend. This wasn’t end, go to twitter and search this hashtag. They will make your day!