The Sci-Tech Conference Has Invited Malala Along With Lots Of Well-Known Tech Giants|Parhlo.com

Fawad Chaudhry, Federal Minister of Science and Technology, has addressed that an International Sci-Tech Conference will be held in Islamabad on the 17th of October. Moreover, multiple prominent figures are invited to attend the conference. This includes Malala Yousafzai, Bill Gates, Mark Zuckerberg, and Elon Musk. It seems that this will be one of the first conferences for Pakistan where these notable people have been invited.

The Purpose Of Sci-Tech Conference 2019: 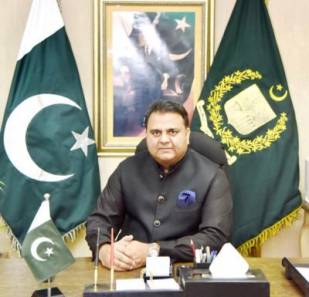 He also said that the conference can help the Pakistani youth to display their work as well as their talent. This will serve as a great opportunity for them to pursue their ambitions within this field. Not to mention, after the reveal that many of the respected heads of the tech-world will be visiting, it is for sure that people would like to participate. Similarly, because it is a once in a life-time chance.

Additionally, he mentions that the government will be provided with a 70-100% loan for the accomplishment of business ideas. He said, “If you have any tech-based business Idea and you want sponsorship, we will give you 70 to 100 percent loan for execution of your idea, get yourself registered for evaluation of your Ideas in July, get ready for the Pakistan Science Fair 2019,”

Regarding the generous invitations towards the tech giants, Chaudhry mentioned, “We are sending invitations to Tesla owner Elon Musk, principal founder of Microsoft Corporation Bill Gates, and Facebook owner Mark Zuckerberg to attend the conference in Pakistan,”

Malala has also been invited. It appears that the utmost objective of this conference is to awaken Pakistan. And many are praising the kind gesture. However, as usual, people are confused about Malala’s involvement. It is no secret that Pakistan tends to leave her out within a lot of matters of the country, but that is a debate for another time. She is the youngest Nobel Prize laureate. Also, the first Pakistani to achieve that title. 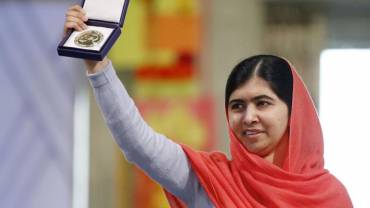 After becoming the target for terrorists and received a bullet to her head for speaking for girl’s rights to education, she became an activist. Many of her work includes standing up for woman’s rights, especially the rights towards education and learning. Living in a patriarchal society, Malala believed that it was necessary to call out the wrong done to women.

Nevertheless, the goal of the 2019 sci-tech conference is to ensure that Pakistan diverts its attention towards the world of science and technology. Furthermore, if Pakistani citizens get to take the field seriously, then it would also benefit the country extremely. The reason is that the future is scientific with technology in the sidelines for support. So, Pakistan would certainly need to up its game sooner or later.

What do you think of the situation? Do you believe that it is a huge achievement on Pakistan’s part or will it not benefit the country? Share your thoughts.

Zameen Ace Mall Is About To Make Every Pakistani’s Jaw Drop And You Need To See Why!
Donald Trump Tweets About The Arrest Of The Militant Leader Hafiz Saeed!
To Top