All Educational Institutions To Reopen From September 15 In Pakistan

It is confirmed now! All educational institutions across the country will be reopened after a nearly five-month hiatus on September 15. It was decided in a meeting of all the education ministers held on Wednesday.

Federal Minister for Education Shafqat Mahmood chaired the meeting which decided that all the educational institutions would resume classes and reopen from next month, September, and action will be taken against those who violate the decision.

The decision was taken after a reduction in the number of coronavirus cases in Pakistan.

With the grace of God, the country has been recovering from the deadly coronavirus. However, after the Eid-ul-Adha there were chances of more cases in the country.

Meanwhile, the government is also watching the situation closely for the next few weeks before completely lifting the lockdown across the country. 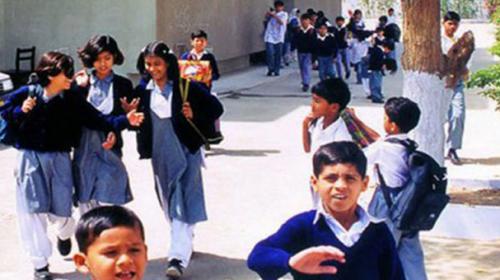 Mahmood said schools can call its administration staff before September 15. He announced training would be conducted to ensure that SOPs were implemented when the classes resume.

Also, the minister added that provinces would be responsible for ensuring SOPs in educational institutions.

“It is my request to private schools, especially, that the SOPs that you will have to follow will be the ones made by the government,” he said.

The education minister earlier had said schools could not be opened in July as Eid-ul-Adha was to be celebrated by the end of the month. And, in August the country will now observe Ashura.

A few days ago, some private schools had announced that they were reopening their campuses on August 15 instead of September 15. Stating that students had suffered the worst of this COVID-19, it was now time to reopen. However, they mentioned that special SOPs would be followed.

The private school network of Pakistan is still trying to convince the government to not stick with their initial decision to reopen schools in mid-September. But, the government has declared that strict action will be taken against those who will go against the decision.

Many elite schools have also introduced their own coronavirus safety gears for students after schools reopen in the country.

Actor Fawad Khan Makes A Crazy Amount of Money! Check Out His Net Worth
The Truth Must Come Out – Sushant Singh Rajput Death Case Handed Over To CBI
To Top