As per the proposed bill by the Elementary and Secondary Education Department of KPK, the weight of a child’s schoolbag needs to be 15% of his/her body weight. The act is a part of the Khyber Pakhtunkhwa School Bags Act, 2019.

It is now up to the cabinet of KPK provincial assembly to approve the schoolbag weight law so it can be forwarded to the provincial assembly. The move, however, was proposed by a Peshawar High Court bench led by Justice Qaiser Rasheed. 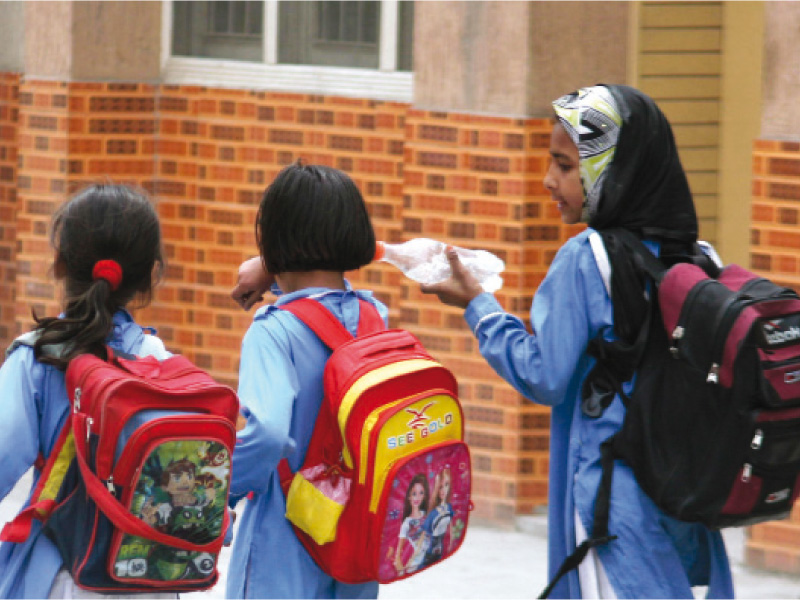 Furthermore, the law is said to be implemented in letter and spirit across KPK. This would include all educational institutions, including government, private, autonomous, semi-autonomous bodies.

Fine over not the following schoolbag weight law

If any school is said to be violating the law, it will be de-recognized by the education department. As per Section 7 of the proposed law, if found in violation, principals and other faculty of the schools will be taken to task. If private schools disarm the law, they will be fined Rs. 200,000 each.

Moreover, as per Section 4(1), schools are bound to provide lockers and cupboards for students up to 10th grade. This will help give space to students inside centers of learning where they can keep their books and other extra-curricular belongings.

In addition, schools will be bound to start awareness campaigns regularly, regarding the material and schoolbag weight for children. Additionally, the plan runs around reducing the weight of the curriculum brought to school by students. Lighter material will be used for textbooks and notebooks.

This step comes as KPK’s thorough plan on adopting international standards in the education department of the province. In addition, an independent monitoring cell will make sure the law is implemented with diligence.

Lawyer takes up the issue

As per Schedule 1 of the international law, “the International Chiropractic Pediatric Association suggested that the schoolbag’s weight should not exceed 15 percent of a child’s body weight.”

Initially, the petition to lessen children’s school bag weight was lodged by lawyer Moamer Jamil. The lawyer rightly said that heavy schoolbags were hindering the physical and mental growth of children. Prior to this, nobody had ever taken up the issue in the country. Furthermore, even the best schools in Pakistan direct children to bring multiple textbooks to school for different subjects, which they carry in their schoolbags.

Moreover, these books are usually very heavy, in addition to the weight of the schoolbag itself. This historic legislation, if passed, will act as a cornerstone verdict for the rest of the country to follow. More attention needs to be paid to school-going children and their physical and mental health.

Aima Baig And Shahbaz Shigri Might Be The Next Celebrity Couple!
Russia’s Actions May Start World War 3, Says Top British General
To Top