WATCH: Horrific Scenes From Inside A House That Collapsed After The PIA Crash

In the series of unfortunate incidents, the recent Pakistan International Airline (PIA) crash was a major blow. Happened two days before Eid Ul Fitr, the incidents stirred extreme chaos among the masses, leaving many in life-long trauma.

As the year 2020 is already serving mankind with serious infections, this was indeed another shocking event for Pakistan. Among the ones who lost their lives, Zain Polani and his family also became the victims’ and it is heartbreaking. Well, it’s now been nearly a week since the crash took place but the horrifying footages from the site are still circulating on social media.

PIA crash and the affected locality

While the whole world was already super tensed about the coronavirus situation, the PIA plane crash just made it even worse. According to the official reports, a total of 99 passengers were on that flight including some influential personalities. Later, it was revealed that out of the 99 travelers, only two people were lucky enough to survive the dreadful incident.

This is one of my student's house on which PIA plane crashed a couple of days ago.. Who will give justice to these poor souls? 😢

Furthermore, the flight was coming in from Lahore to Karachi and the crash happened due to technical issues. Unfortunately, only the ones in the plane weren’t affected but the residents of the locality also incurred massive losses. Several houses were turned to ashes with multiple life losses after the PIA flight crashed into a locality nearby to the Karachi airport.

Nothing much left than black, dark walls

Currently, different sources are sharing different pictures and scenarios on the internet to garner sympathy and prayers for the victims. A similar video was also posted by a teacher whose student’s house was burned because of the crash. The horrific scenes of that house which is now nothing but black walls and shattered souls will definitely send chills down your spine. 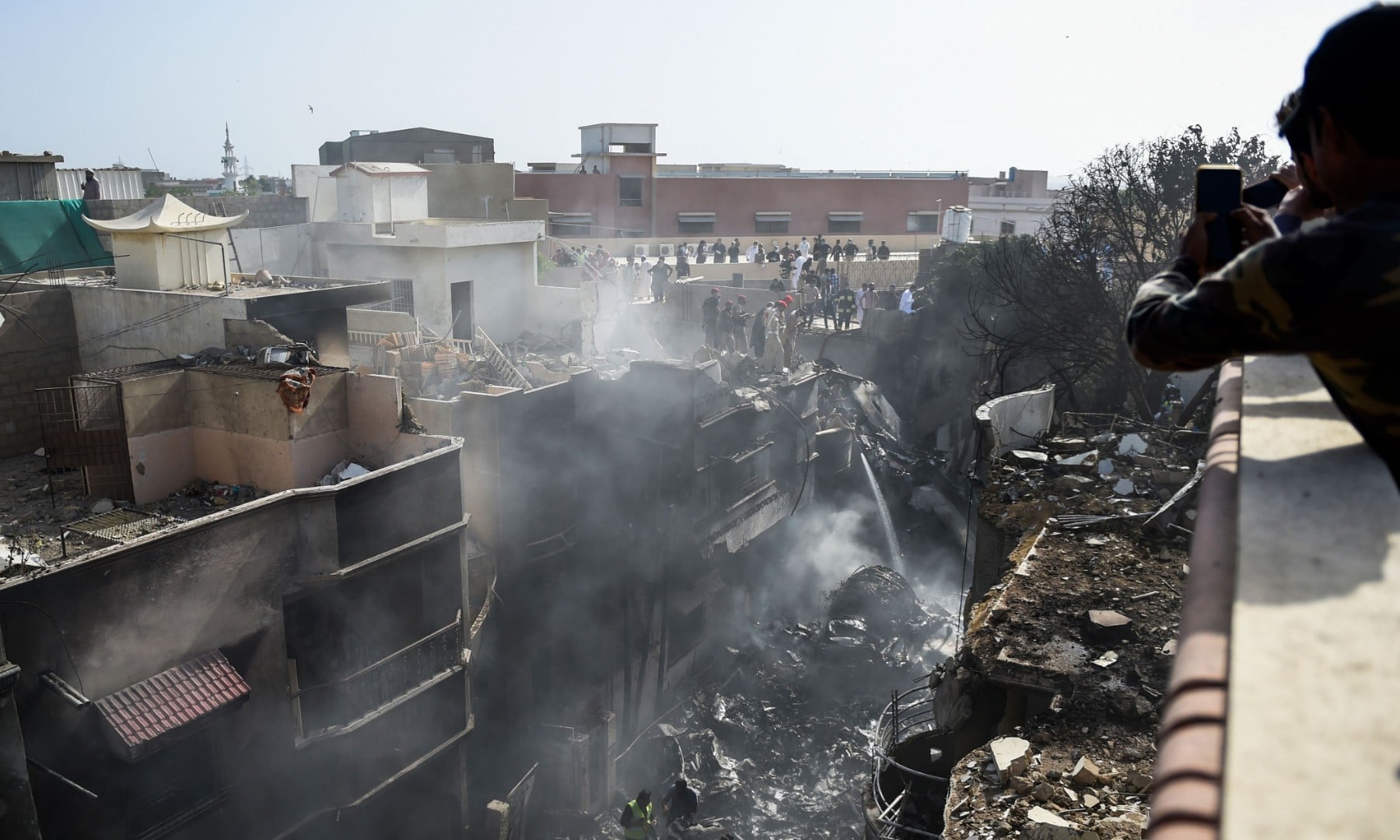 It was indeed an unexpected turn of events for Pakistan to endure such a huge loss that too when eid celebrations were near. Certainly, eid wasn’t the same exciting one for anyone this year, especially for Pakistanis because of the incident. It won’t also be wrong to say that the coronavirus and the Karachi plane crash completely changed eid for Pakistan.

Hopefully, things will get better with the passage of time but the poor victims of the plane crash will always be remembered. Our sincere prayers go out for the victims and their families in these testing times.

You Can Find Qibla Direction Today Just By Looking At The Sun
Meet Raffia Arshad, The First Hijab-Wearing Muslim Judge In The UK
To Top